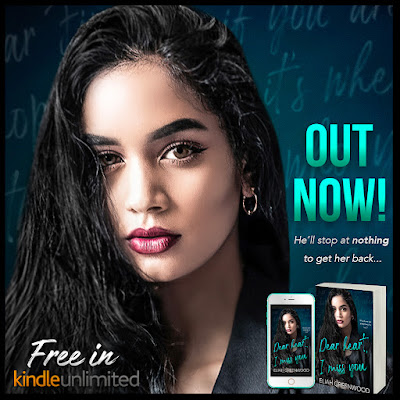 Release Date: July 20
It all started with “goodbye.”
He left town before graduation, leaving me with nothing but questions and shattered promises.
A year later, he’s back.
But high school is over.
And I’ve made promises to somebody else…
Finn may be different now—with new tattoos and new secrets—but his goals are the same.
He wants me.
Whatever it takes.
Problem is, he’s not the only one who’s changed since the accident.
And the sweet, innocent girl I used to be?
She’s not coming back…
Finn and Dia’s story continues in Dear Heart, I Miss You, a second chance/college romance!
Grab Your Copy Here:
Amazon US | Amazon UK | Amazon CA | Amazon AU
Free in KU 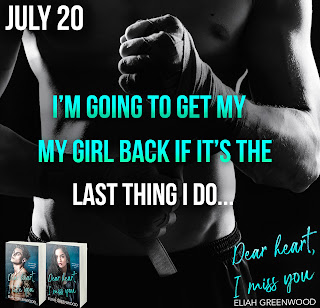 Dear Heart, I Miss You is the conclusion to Dia and Finn’s story from Dear Heart, I Hate You and isn’t a standalone because there is a lot of backstory necessary from IHY to know before diving into IMY.

Wow. This book was a rollercoaster of emotions. It’s told in two parts: the end of high school and then the summer after Dia’s freshman year of college. The book starts where IHY left off after Dia is sent Finn’s sex tape. And while they work through that road bump in their relationship, a much, much bigger obstacle is thrown their way a few weeks later. Faced with the demons of his past and panicked about his future, Finn takes off without a trace.

A year later, Dia is dating someone new when Finn resurfaces. And she is not happy to see him. He abandoned her. (Or so she thought!) Will she give Finn the opportunity to explain what happened and prove to her that he really has changed?

I have to admit, the Finn in this book is not the cocky teen that we met in IHY. This really is a redemption story. He’s done the work on improving himself, and his pain really comes across in the regret he has for what happened the night of the accident and how he lost Dia. For her part, Dia does not make it easy for him when it comes to winning her back. It’s a rocky road, but a lovely journey as these two find a way to forgive themselves for their individual pasts and forge a new future together.

There is also some family fallout with both of their parents that are handled well in this book as well, so the story goes beyond just Finn and Dia’s reconnection. For those who previously read Dear Heart, I Love You, there’s a sweet continuation of Xavier and Aveena’s storyline as well. 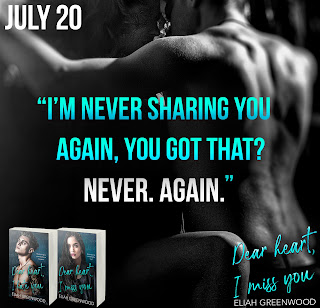 She started her writing journey on a website called Wattpad at the age of fifteen. She wrote the majority of her first book Unwritten Rules on the bus on her way home from school. When her debut gathered 31,000,000 reads on the platform, she decided to self-publish the trilogy that set so many hearts, including hers, on fire.

When she’s not writing and screaming at her computer screen, you can find her binge watching her favourite TV shows on repeat or reading in a warm blanket.

She is currently working on her fifth book. It is expected to come out in 2021.

To learn more about Eliah and her books, visit here!
Hosted By: