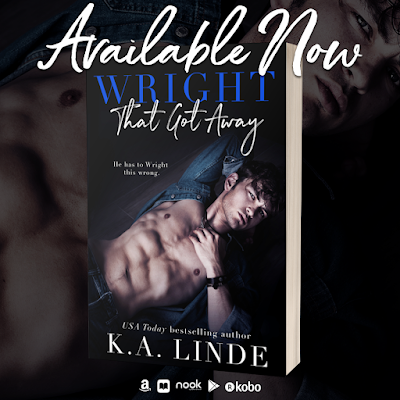 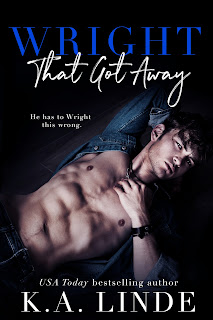 A sexy second chance rockstar romance set in the world of the Wrights about Campbell & Blaire from USA Today bestselling author K.A. Linde…

Campbell Abbey is the lead singer of the biggest band in the universe right now.
He’s also the boy I fell in love with in high school when no one knew my name.
Now, I have a million followers, teach girls every day how to love themselves and get over that boy that wronged them.
If only I could take my own advice…and not still pine for the Wright that got away.
Grab Your Copy Here:
Amazon | Nook | Apple | Kobo | Google Play 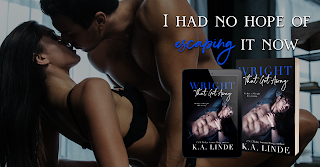 Sunny Shelly’s Review: 4 Stars
Wright That Got Away is a steamy, emotional, heartfelt second-chance romance. Campbell broke Blaire’s heart back in high school when he left her behind to follow his musical dreams. He’s become a huge success, and she’s a successful social media influencer in her own right. Now he’s back home in Texas trying to work on his next album, but having zero luck. Will he find his muse in Blaire?

There are a lot of ups and downs between these two. He hurt her so badly. She’s carried that betrayal and sadness all these years so Blaire is very hesitant to give Campbell a second chance. Because they are so interconnected with their family and friends, it’s impossible for her to ignore him. The hurt she felt about Campbell leaving her behind wasn’t just because she got dumped. It was the start of so much more for this poor girl, and my heart broke for her. I have to say, I thought Campbell was a bit arrogant and didn’t want to like him, but I warmed up to him because he really went all out to regain her trust.

But we love a happy ending, and these two were able to move past the pain and hurt and find a way to move forward!

This book is a bit of a next-generation crossover in the Wright Vineyard series within the Wright family series by KA Linde. While there are connected characters, Blaire and Campbell’s story is a standalone. I have read some of the Wright books here and there, and did not feel like I was missing out on backstory. 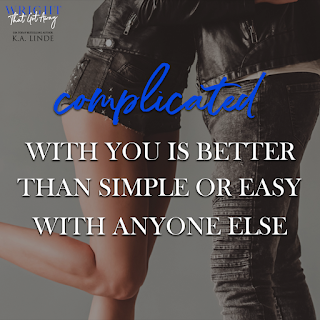 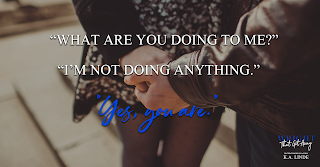 K.A. Linde is the USA Today bestselling author of the Avoiding Series, Wrights, and more than thirty other novels.
She has a Masters degree in political science from the University of Georgia, was the head campaign worker for the 2012 presidential campaign at the University of North Carolina at Chapel Hill, and served as the head coach of the Duke University dance team.
She loves reading fantasy novels, binge-watching Supernatural, traveling, and dancing in her spare time.
She currently lives in Lubbock, Texas, with her husband and two super-adorable puppies.
Visit her online at Facebook, Twitter, and Instagram @authorkalinde.
Join her newsletter for exclusive content, free books, and giveaways every month.