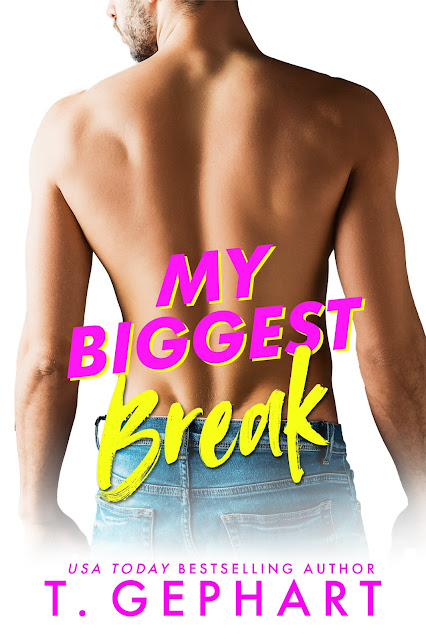 Title: My Biggest Break
Series: Crazy in Love #2
Author: T. Gephart
Genre: Contemporary Romantic Comedy
Release Date: March 18, 2022
BLURB
Vision boards and positivity were great, except when you’re late for a big audition and the director was literally the worst.
Oh, Jagger Hartley was young, talented, exceptionally good-looking with a famous last name, but that’s about all he had going for him.
If only he’d known Belle Mathews wasn’t the kind of woman who’d take no for an answer, and she was going to finish her audition even if she had to take him hostage.
Which she kinda did . . . oops!
But even a hijacked meeting under duress couldn’t overshadow how gifted Belle was—a born star who belonged on stage.
Pity he was crazy attracted to both her undeniable beauty and her generous heart.
So he was either going to be her biggest break, or she was going to his.
ADD TO GOODREADS 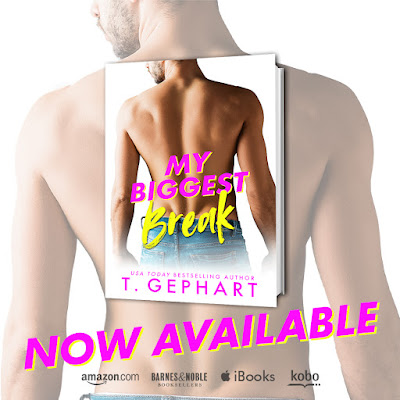 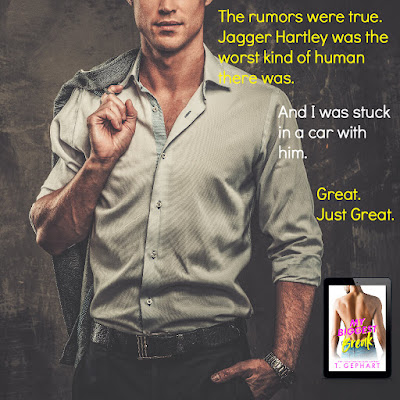 Sunny Shelly’s Review: 4 Stars
I loved Belle when I met her in My Greatest Mistake, which is her sister Zara’s book. Getting to know here better in My Biggest Break — she’s quirky, feisty, adorable, and I loved her as a heroine! Oh yeah, I loved Jagger too! He has been burned before because of who his family is, and he is so closed-off and a major control freak. Everything in his orbit spins out of control from the moment he meets Belle, and he doesn’t know what side is up anymore. These two get off on the wrong foot, but their story is hilarious and heartfelt and they balanced each other out so perfectly!

The banter between Belle and Jagger had me laughing out loud. The push and pull was perfectly balanced, and surly Jagger turned out to be quite the mush. Tina Gephart really knocked it out of the park with these two. My Biggest Break is a perfect romcom escape. I’m a fan of Tina’s books, and I definitely would rank this one near the top of my list of favorites! 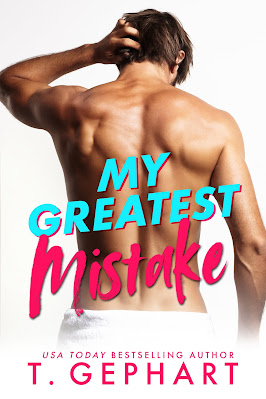 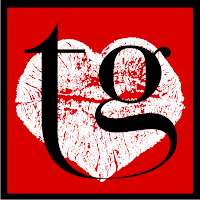 T Gephart is a USA Today and International bestselling author from Melbourne, Australia.
With an approach to life that is somewhat unconventional, she prefers to fly by the seat of her pants rather than adhere to some rigid roadmap. Her lack of “plan” has resulted in a rather interesting and eclectic resume, which reads more like the fiction she writes than an actual employment history. She’d tell you all about it, but the statute of limitations hasn’t expired yet. But all those crazy twists and turns have led her to a career she loves—writing romantic comedy.
When she isn’t filling pages with sassy and sexy characters with attitude, she’s living her own reality show in the ‘burbs of Melbourne with her American husband, two children, and her fur child—Woodley.
She loves adventure, to laugh, travel, and strives to live her life to the fullest.
AUTHOR LINKS
AMAZON
BOOKBUB
FACEBOOK
PAGE / PROFILE / GROUP
TWITTER
INSTAGRAM
GOODREADS 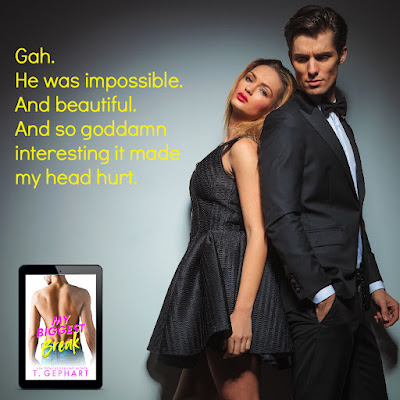