Have you ever fake dated your bodyguard? I don’t recommend it.

To be clear, I didn’t want a bodyguard (hence the fake dating idea). Most days, I can’t figure out why he wants the job either. We drive each other insane, probably because we’re as opposite as two people can be.

He’s suspicious, never talks about his past and has the comfort skills of a cactus. I’m a happily ever after kinda girl who knows exactly what she wants out of life.

Erik’s words might say that the lines have to stay firm between us, but those dark eyes of his? They tell another story when he looks at me.

He’s just as stubborn as I am, but when our fake dating plan starts to feel a lot more real, it’s only a matter of time before his professional walls come crashing down.

I just have to hope my heart doesn’t get buried in the rubble. 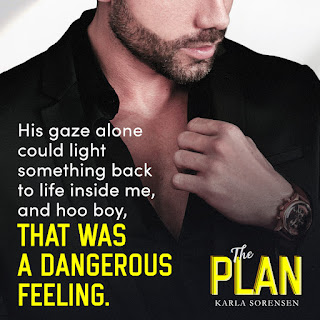 Sunny Shelly’s Review: 5 Stars
Oh, I am so happy that Karla Sorensen continued the Washington Wolves series with the next generation of kids! I devoured The Plan in a single day, and loved every page of it!

The Plan follows Allie and Luke’s other daughter, Lydia, a social media influencer who is recovering from a bad accident at the hands of the paparazzi. (We got that accident in her sister Faith’s book, The Lie.) Because Lydia has kind of turned into a recluse, Allie and Luke have hired former Wolves player Erik Wilder to be her bodyguard.

Broody, grumpy, and a bit of an a-hole, Erik has been carrying around a crap-ton of baggage ever since he left the Wolves after an injury. The injury wasn’t career-ending, but it happened at the same time that his marriage imploded, and Erik hasn’t been the same since. He and Lydia don’t quite get off on the right note, but the more time they spend together, it becomes quite clear to Erik that she isn’t the spoiled rich girl he assumed she was. And she has an uncanny way of seeing right through the walls that Erik has built up.

Their fake relationship starts off as a one-off date when he pretends to be her new boyfriend at a social event that Lydia doesn’t really even want to go to. A photo of them at the event goes public days before he’s supposed to return home for the first time in years for his parents’ anniversary party, and his mom guilts Erik into bringing his “new girlfriend” with him. Lydia happily returns the favor, hoping that she’ll be able to convince Erik that what is brewing between them is worth taking a chance on.

Erik is such a deliciously tortured hero. But underneath all that grump is a sweet soul who is kind and protective, and Lydia wants nothing more than for him to stop running from his feelings. Lydia has so much more depth to her than her vapid friend Jill, and I loved how she didn’t take any crap from her big, burly bodyguard! Erik and Lydia’s breakup was heartbreaking because you could tell they are just so perfect for one another — and his grovel to make things right and explain why he acted the way that he did was perfectly penned.

I wish there wasn’t the loose end of why Erik doesn’t get along with his stepbrother, Ian — so I can only hope that one day, we’ll get the reasons why when Ian gets a book of his own! I received an advanced copy and voluntarily left a review. 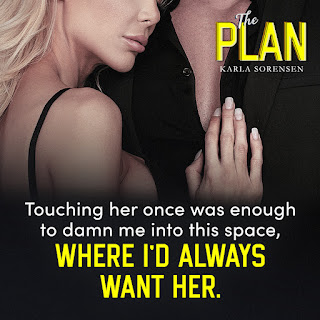 Well, let’s see … I’m a wife and a mother. If the things that I write bring a smile to someone’s face, then I’ve done my job.

I am obsessed with Outlander (both the books and the show). I’m almost exclusively a romance reader, which means some people will never consider me a literary snob.

If I could meet one historical figure, it would be Jane Austen. I received my Bachelors in Public Relations and worked in health care marketing before I had my babies.

I hate Twitter. I do it, but I hate it. Also, if you want to get on my good side, bring me wine and I’ll love you forever.