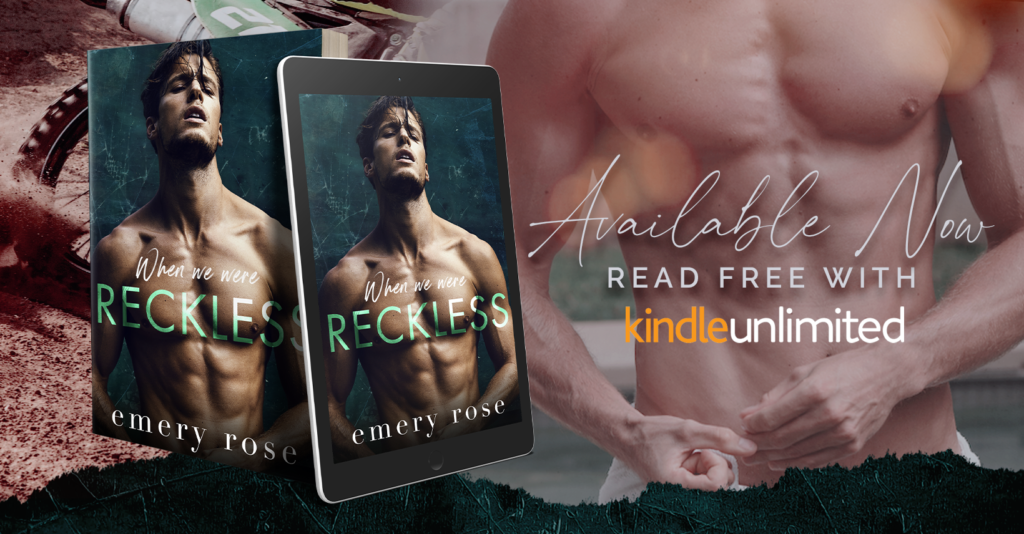 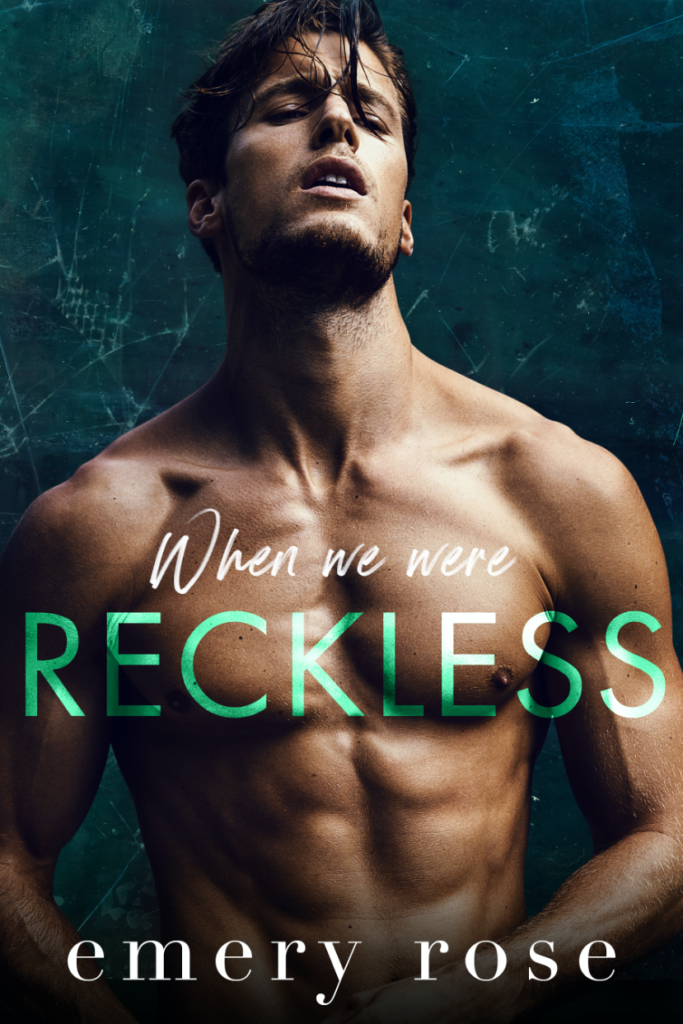 Motocross legend. Reckless heartbreaker. And the love of my life.

Too bad he only thought of me as his best friend’s little sister.

Unrequited love… was there anything more painful?

Turns out there was—when he kisses you but has no memory of it.

When he tells you his heart was broken, and he doesn’t believe in love.

When he doesn’t want you kissing anyone else, but you’re stuck in the friend zone.

Despite the odds stacked against us, my foolish heart refused to stop loving him.

Now I’m falling under his spell. Drowning in his perfect lies. Addicted to his stolen glances and forbidden kisses.

I’m on a collision course with disaster and only one thing is certain… Jesse McCallister is going to ruin me.

🌟Add WHEN WE WERE RECKLESS to your Goodreads TBR➜ http://bit.ly/WWWR-GR 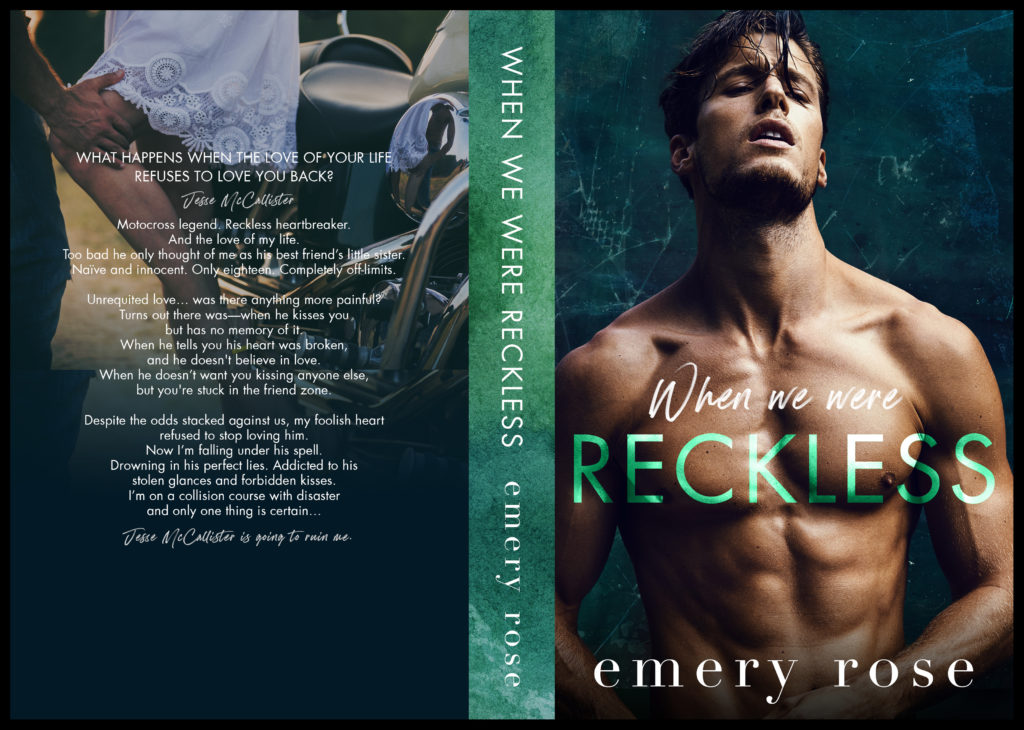 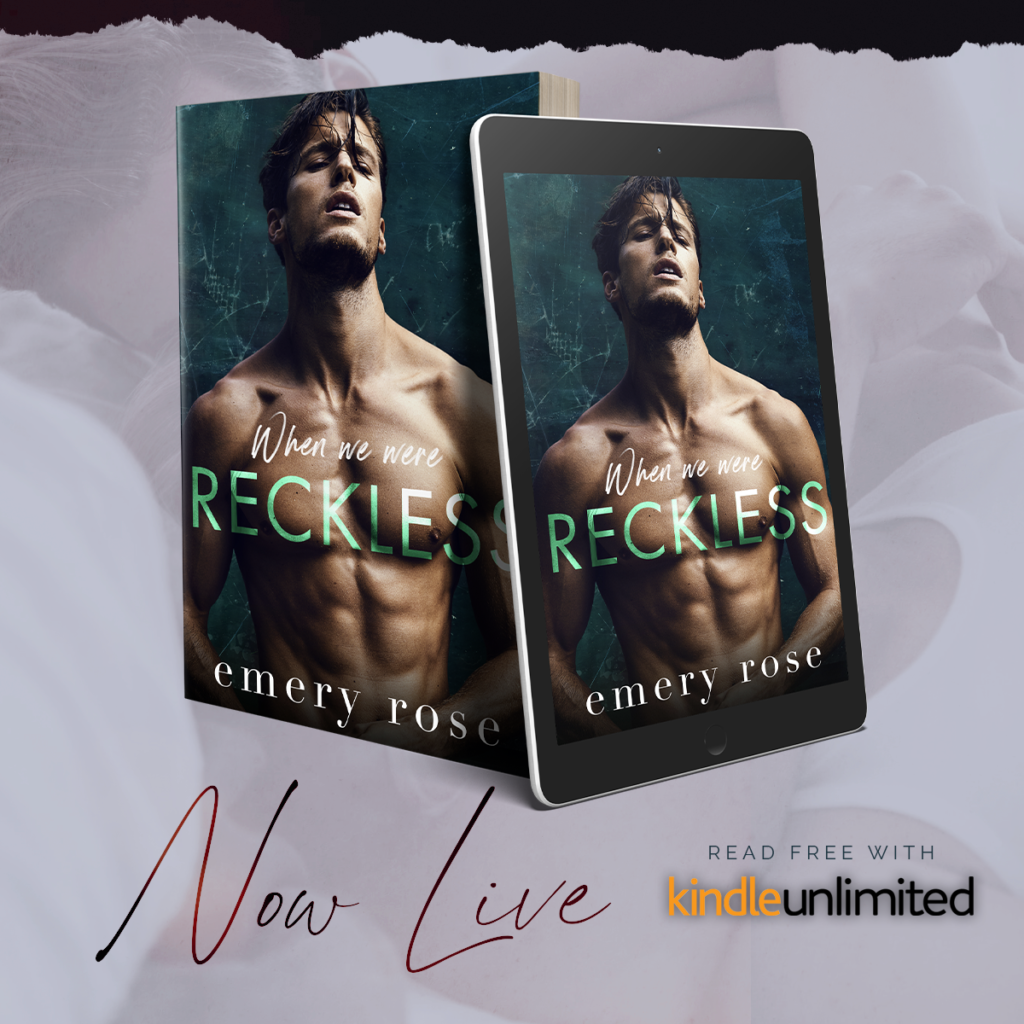 Catch up with the Lost Stars series!

When the Stars Fall, Book One:

When The Storm Breaks, Book Two:

When We Were Reckless is another fantastic addition to the Lost Stars series — Jesse and Quinn’s book is unrequited perfection!

Jesse was riding on top of the world, but thanks to his ex-girlfriend’s betrayal, his life has gone into a downward spiral. His life is a total mess, which is why he keeps pushing Quinn away. There’s always been a connection between Quinn and Jesse, but she is 9 years younger than him and his best friend’s little sister. While they’ve always been friends, Jesse plans to spend as much time as he can with Quinn the summer before she leaves for college — partly as a favor to her brother to convince her to stay in Texas, and partly because he’s a SOB and is drawn to her bright light. Even though he thinks he doesn’t deserve someone as good and pure as Quinn.

I loved the push and pull between these two. I loved how strong Quinn is. She knew when it was time to cut her losses, and she refused to be a doormat when it came to Jesse’s hot and cold interactions with her. She took what she wanted — a summer fling — and walked away when she knew she wasn’t going to get anything more. Except that by that time, Jesse *did* want more. And he just didn’t know how to admit that he wanted more from Quinn, especially after their relationship blows up in an epic way.

There is so much to love about Quinn and Jesse. There is something so fabulous about a love story when it’s written in the stars like it was for these characters. From the time she was 5, Quinn was so sure that Jessee was her soulmate. Their journey isn’t an easy one, but this book concludes with a wonderful HEA. I also loved getting to catch up with Jude/Lila, Brody/Shiloh, and getting to know Ridge better! I can’t wait for more MacAllisters! 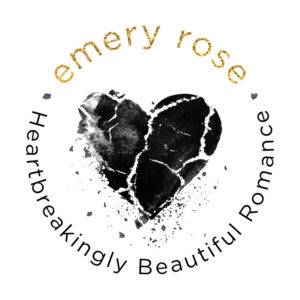 Emery Rose has been known to indulge in good red wine, strong coffee, and a healthy dose of sarcasm. When she’s not working on her latest project, you can find her binge-watching Netflix, trotting the globe in search of sunshine, or immersed in a good book. A former New Yorker, she currently resides in London with her two beautiful daughters.