Hockey player Gabriella “Gabi” Welk spent her life in pursuit of championships, but she has little to show for it besides dusty trophies and second-place medals. Now her career consists of several part-time jobs to make ends meet. When Gabi gets a chance at her dream job, she swallows her pride and asks her nemesis—smart, sexy and savvy Nolan Lund—for help.

Since being named future CEO of Lund Industries, Nolan has tried hard to overcome his reputation as a fun-loving playboy and ladies’ man. For the first time ever, he’s more focused on the company than his personal life. He spends his free time at the ice rink his brother owns, cheering on his niece at her hockey games…and watching Gabriella Welk, the superstar athlete and assistant coach who gets under his skin in a way he can’t ignore. He’s shocked when Gabi agrees to trade a favor for a favor.

They have little in common besides their mutual mistrust, but between family crises and sibling rivalries, Nolan and Gabi realize they want to be more than just friends—much more.

Add WANT YOU TO WANT ME to Goodreads: https://bit.ly/34yNM8A

Lorelei James is a new-to-me author, so I was not familiar with her writing style or the Want Me series. It took me a while to really get into Gabi and Nolan’s story in I Want You To Want Me, but I found this book to be an enjoyable slow burn romance.

Apparently, Gabi and Nolan have crossed paths in the previous book because of some shared connections, like her working for his brother. They didn’t exactly hit it off then, so she kind of doesn’t like him by the time their story picks up in this book when she’s dumped by her boyfriend. They still don’t really get along even after that, and Gabi has kind of written him off especially after she overhears him saying some not too flattering things about her. But there is more to Gabi than meets the eye, and after she puts Nolan in his place, these two kind of start over and get to know one another.

I liked that this sports romance had the heroine as the athlete. It’s not all rainbows and butterflies for Gabi and Nolan, but they get to a place where they can turn to each other for support and they build a solid friendship before things take a romantic turn.

This was a fun and flirty slow burn romance. I received an advanced copy and voluntarily left a review. 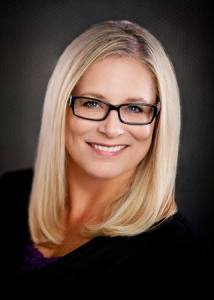 Lorelei James is the New York Times and USA Today bestselling author of steamy westerns in the Rough Riders series and the Blacktop Cowboys® series, steamy romance in the Mastered series, contemporary romance in the Need You series and Want You series, and the New Adult Rough Riders Legacy series, as well as several stand-alone novels and novellas. Lorelei’s books have been nominated for and won the Romantic Times Reviewer’s Choice Award as well as the CAPA Award. Lorelei also writes gritty mysteries under the name Lori Armstrong. Both she and her alter ego live in western South Dakota–yes, by choice–with her husband, and Copper, their crazy corgi who has made their empty nest more interesting.