Title: The Replacement War
Author: Lisa Suzanne
Genre: Contemporary Rock Star Romance/
Romantic Comedy
Release Date: August 10, 2020
Blurb
I haven’t even earned the position yet and I’m already living like a
rock star. I spend my weekend on someone else’s dime in a swanky Los Angeles
hotel with a gorgeous woman. She’s looking for a fling, so I give her what she
wants.

I never thought I’d see her again, and then I do.

She’s my competition for a spot in one of the biggest bands in the world. My
mouth gets me in trouble when I let it slip that we hooked up, and she vows
revenge.

But two can play this game. I learned all about her weaknesses, and I plan to
use them to my advantage. Sabotage, manipulation, distraction, whatever it
takes…

I have been a big fan of Lisa Suzanne’s rockstar romances since the first trilogy of Mark and Reese from Vail. I’ve read that whole series and the whole MFB series, and was wondering how the heck she was going to pull off this book, finding Kane’s replacement in MFB. And it was brilliant. Not only did she introduce two new characters in Gage and Lexi whom I LOVED and fit in well with the MFB family, but the story itself was gripping, set in MFB’s reality show as Gage and Lexi are among the contestants competing to be the band’s new bassist.

A few days before the show starts filming, Gage and Lexi meet in the hotel bar. They click immediately, and spend a magical weekend together. Neither one of them wants to leave that Sunday, but neither of them are in the right place to explore it further. And neither one of them was truthful about why they really are in Los Angeles, due to the show’s non-disclosure agreement. So when they run into each other at the house a few hours later, they are both blindsided. Gage says something out of shock and surprise, Lexi replies from a place of hurt, and the whole thing escalates to the point that they hate one another. Except that they are madly in love with one another. And that complicates things when they are competing for the same spot in a band.

This book was nothing like what I was expecting, and beyond my expectations. The hurt and longing and fear and anxiety just rolled off of both of them. Professionally, if one wins, the other loses. And personally, they both feel like they’ve lost the other half of their soul before they were ever really able to get their relationship started.

In between Lexi and Gage’s chapters are some chapters from Dax’s POV as the band deliberates over the contestants, which I thought was a great plot device in giving the reader another point of view and insight to the other side of the show’s production. There is some great catch-up with the MFB members and their wives/fiancees, as well as a great scene with Mark and Reese from Vail.

I devoured this book in a day. And I really didn’t know how I wanted the competition to go regarding who got the spot as MFB’s bassist. But the outcome was the absolute best thing that could have happened for both of them, and the bonus epilogue was a killer. 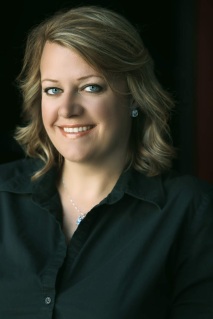 Lisa Suzanne is a romance author who resides in Arizona with
her husband and two kids. She’s a former high school English teacher and
college composition instructor. When she’s not chasing or cuddling her kids,
she can be found working on her latest book or watching reruns of Friends.
Author Links
NEWSLETTER
INSTAGRAM
FACEBOOK
FACEBOOK GROUP
AMAZON
WEBSITE
BOOKBUB
GOODREADS
TWITTER
PINTEREST