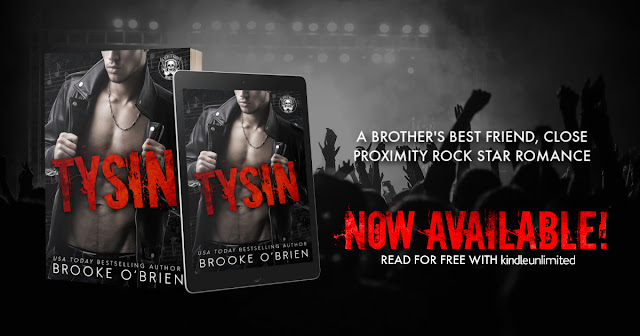 Release Date: September 23
Tysin Briggs is a player.
He’s cocky, selfish, and sexy as sin. I’ve heard the rumors, and it’s no secret, he’s just as talented in the bedroom as he is on the guitar.
As the lead guitarist for A Rebels Havoc, and my brother’s best friend, Tysin has heartbreak written all over him. We were asking for trouble sneaking around behind my brother’s back. It still didn’t stop me from spending the summer with him or from falling in love with him.
Two years have passed since he destroyed my heart, crushing it into a million pieces. A lot has changed since then, including the ring on my finger. When my brother asks for my help filling in as the manager of their sold-out tour, it’s an opportunity I can’t refuse.
I should’ve known the past wouldn’t stay in the past.
But what I didn’t count on was how hard it would be to resist him.

Content warning: Please be aware, this book does contain subjects that may be sensitive for some readers, including pregnancy loss. If you’re looking for a safe book, this story won’t be for you. 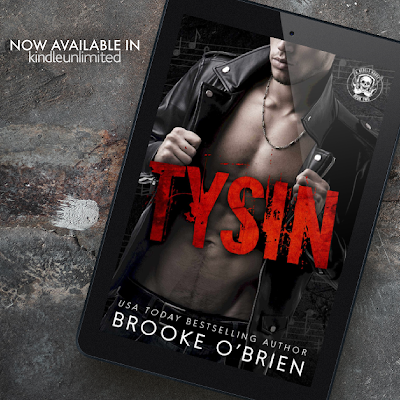 Kyla and Tysin’s story is messy and angsty. So much tension, so much history, so much heartache and pain.

Admittedly, I didn’t like Tysin much at the beginning of this story, but as I got to know him, I saw him as a yummy tortured hero. He’d been put down for so long by everyone in his life, and was such a broken soul. His selfishness and arrogance are acts of self-preservation, and Kyla is the one person he’s ever let see his vulnerable side. And that scared the crap out of him.

I loved the intensity of the first Rebels book (Brix), and I thought that Tysin was a good match on that level. This story deals with some sensitive topics like alcoholism and pregnancy loss (which was hard for me to read personally). Somehow, Brooke O’Brien manages to juggle those heavy topics with lots of sexy steam in a beautiful second-chance romance! 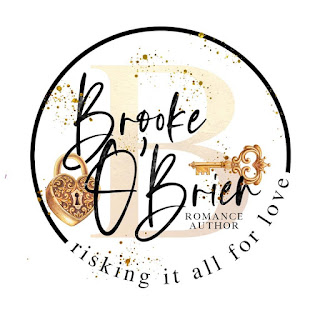 She believes a love worth having is worth fighting for, and she brings this into her stories where her characters risk it all for love.
If Brooke’s not writing or reading, she’s probably spending time with her family, binge-watching the latest crime documentary, indulging in chocolate, or watching Hawkeye football or NBA basketball.

To learn more about Brooke and her books, visit here!