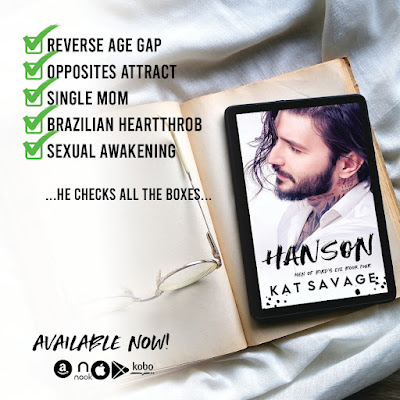 Release Date: May 26
Hanson Serrano is a complicated man—even his therapist tries to convince him to put his trust in someone. But the youngest member of the Bird’s Eye crew isn’t too concerned. He’s got no plans to settle down anytime soon.
That is, until he runs into Thea James—literally. One nasty spill on the sidewalk later, and this brooding Brazilian can’t take his eyes off her fiery red curls and curvy backside. Though, the interaction makes it clear he’ll have to work for this one.
Thea James is looking for something very specific—and Hanson Serrano isn’t it. Nevermind the fact that he’s tattooed from neck to toe, but he’s also much younger than her. She’s been down the bad boy road before and all she has to show for it is her single mom status and an ex that makes her life miserable.
When Thea finally agrees to one date in an effort to halt Hanson’s chase, she’s pleasantly surprised when he pulls out all the stops. In fact, it’s the best date she’s ever been on.
The pair eventually get tangled up—in their feelings and between the sheets. But between Hanson’s walls, Thea’s ex, and a nagging age gap, their blooming relationship feels like a shipwreck waiting to happen.
As the couple navigates this ocean of obstacles, will they give up and abandon ship or find a way to get in the lifeboat and row together?
Grab Your Copy Here! 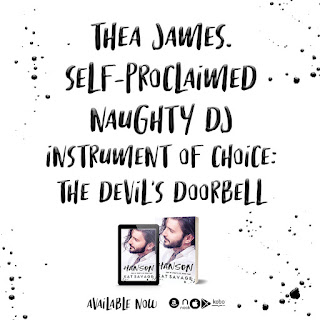 Sunny Shelly’s Review: 5 Stars
Hanson was an excellent addition to the Men of Bird’s Eye series. I adored this age-gap romance, and was hooked on the chemistry between sexy tattoo artist Hanson and teacher Thea.

After a disastrous marriage, Thea thought she knew what she wanted — and it wasn’t a younger tattoo artist. But Hanson turned out to be all that she didn’t know she needed once she let herself open up to him. He had me at “the flours” — SWOON! He was so patient with her, establishing a friendship first as Thea’s son, Ethan, and Hawk’s stepdaughter, Ava, hung out. He was biding his time and when the opportunity struck, Hanson stepped in and Thea didn’t know what hit her.

I felt like I knew Hanson the least going into his book, and Kat Savage delivered a fantastic finale with his story. I am so going to miss the Bird’s Eye crew, but I am so glad that I got to know them! 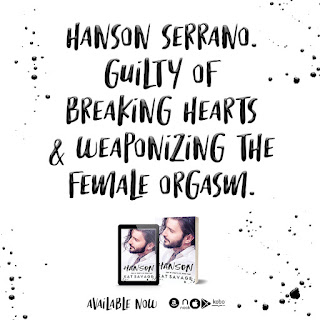