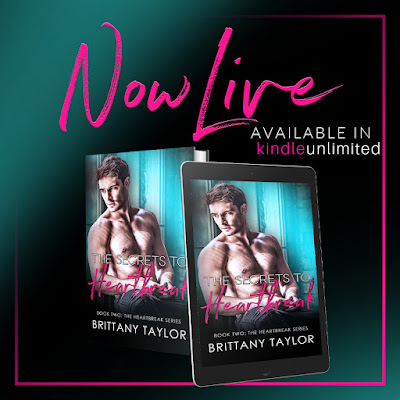 Release Date: April 22
Secrets aren’t meant to be kept forever.
Colton Adler was one hundred percent off limits up until the night we shared together nearly two years ago. Both of us forged a deal between illicit touches and unrelenting kisses.
A secret.
A promise.
A vow made to one another that we would never be anything more than the one night.
Regardless of the feelings I still harbored for him, I understood Colton could never truly be mine.
Since then, we’ve kept our secret buried deep, pretending as if it never happened at all.
But now, after attending my brother’s wedding, Colton was a flashing wave of hot and cold. One minute he was teetering on the edge of giving in to false promises of a forever with me; the next he retreated, reminding me once again that I would never truly be his.
Secrets aren’t meant to be kept forever and it didn’t take long for me to learn I wasn’t Colton’s only one.
*This is Book Two in the Heartbreak Series. It is recommended you read The Rules of Heartbreak, Book One first.* 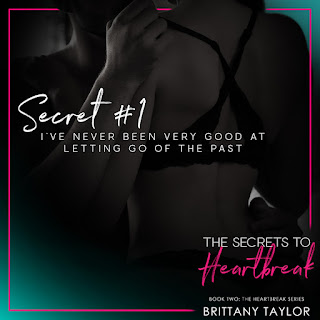 Sunny Shelly’s Review: 5 Stars
I love a good secret-crush book, and Colton and Vada’s story did not disappoint. I really loved the emotional angst of Sloan and Dallas’ story and was wondering how Colt and V would compare. It was totally different and didn’t hit me in the gut the same way, but just as good.

Colton has lived his life to meet other people’s expectations. There has always been an attraction between him and Vada, but he’s kept her at a distance. Two years ago, they had a one-night-stand when they were both grieving their friend’s death, and neither one of them ever really got over the other. But Colton doesn’t see himself as relationship material and kept coming up with excuses as to why he couldn’t give Vada anything more than friendship.

Vada and Colton agreed to keep their one-night stand a secret from their other friends, and doing so just made the tension between them more intense. And just when they go public with their feelings for one another, yet another shocking secret threatens to rip them apart. I LOVED that twist in this book because I thought the story was going one way, and then it went in a completely opposite direction and I loved the angst that it added to Colton and Vada’s relationship.

This book was the perfect blend of sweet and steamy, with lots of maturing on the part of our hero. It took a while for Vada and Colton to work things out, but it ended wonderfully with an emotional HEA.

The Secrets To Heartbreak is the second book in Brittany Taylor’s Heartbreak series and it is a standalone, but there is an ongoing story that started with The Rules of Heartbreak. It was great to catch up with Dallas and Sloan and see them move forward with their life together. I was very intrigued by that snippet at the end of Cassidy and Levi’s book!

Brittany Taylor grew up all over the world including places such as California, England and Texas. Today she resides in Connecticut with her husband, son and two cats. She loves reading, but loves writing even more.

Her favorite things in life are her family, binge watching Netflix, and tacos.

Brittany Taylor has been obsessed with reading since kindergarten. She followed her lifelong dream in 2017 when she published her first novel, Without You. Ever since, she’s been hooked and can’t write the stories in her head fast enough.