From Wall Street Journal and USA TODAY bestselling author Natasha Madison comes a brand new stand-alone sports romance. The eighth installment of the Only One Series. A spin-off from the Something So Series and This is Series

My dreams came true when I was adopted at ten.

I was the best on the ice. Living the life of what every kid dreams of.

We’ve been best friends since then. Even when she was the annoying little sister following us around.

I would do anything for her.

He’s always been my protector, but it’s time to let the dream of being his go.

Except fate steps in and has other plans.

At the end of the day, you only get one forever. 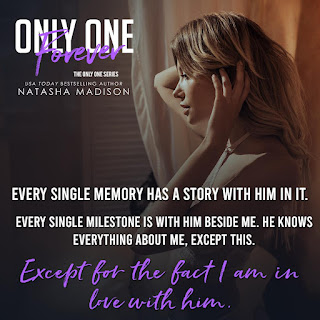 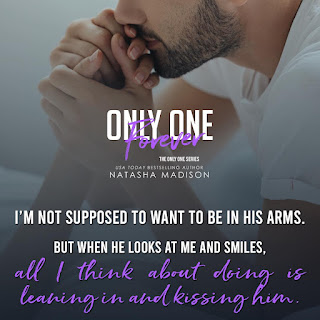 Only One Forever wraps up the Only One series by Natasha Madison with a heartfelt, emotional, secret-love story between best friends Alex and Dylan.

Since Dylan was adopted by Alex’s uncle, these two grew up side by side as cousins. They are the best of friends, each other’s person, know everything that makes the other tick — and are hopelessly in love. But since they were raised as cousins, there is a forbidden factor to pursuing a relationship that has both of them holding back from letting the other know how they really feel. But a family vacation to Hawaii changes everything between them.

I really loved how this story played out. I thought NM did a great job of telling how conflicted both of these characters were. Alex is desperately trying to put distance between herself and Dylan, feeling that she can never act on her feelings for him. And once Dylan realizes that he’s been in love with Alex all along, he’s tormented by what to do about his feelings. Go along for the ride as these two wonderful characters realize that their love is worth fighting for.

For readers who have followed NB’s This Is and Something So series, this story is a next-generation spinoff and includes many of the characters from those series, as well as Alex and Dylan’s family members featured in the other Only One books. 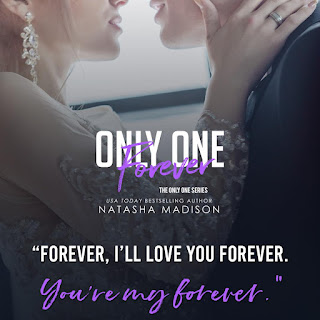 When her nose isn’t buried in a book, or her fingers flying across a keyboard writing, she’s in the kitchen creating gourmet meals. You can find her, in four inch heels no less, in the car chauffeuring kids, or possibly with her husband scheduling his business trips. It’s a good thing her characters do what she says, because even her Labrador doesn’t listen to her…