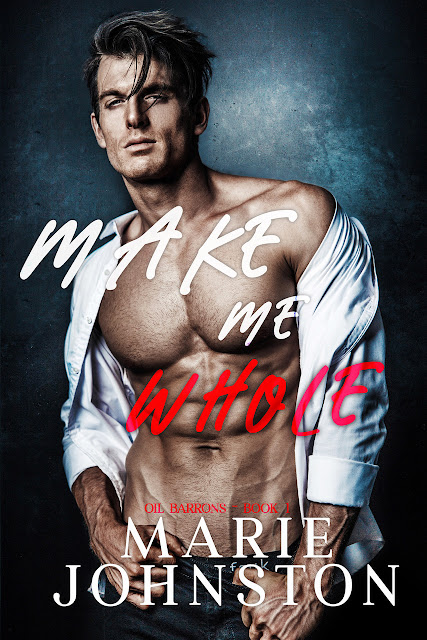 Title: Make Me Whole
Series: Oil Barrons #1
Author: Marie Johnston
Genre: Contemporary Romance
Release Date: January 18, 2022
BLURB
I had a perfect life. Schoolteacher. Married to my high school sweetheart. Little starter house that we called charming but was really just old. All I needed was the two-point-five kids and I’d be living my perfect dream. Then my husband died.
After the funeral, I had a breakdown that lasted for a month…or twelve. But now I’m reemerging, healing, finding my way. It’s time to learn who I am now, and whether or not I can fix a leaky sink. And by my side, the entire time, is my husband’s best friend, Liam. The single dad knows a thing or two about personal struggles, and about how to replace faucets.
With Liam, I feel alive again. Confident. Capable. Liam has become my best friend too. Except if my parents, my in-laws, and the rest of the town had any say, I’d stay far away from him and his bad boy reputation.
How do I admit to them what’s so hard to admit to myself? That I’m starting to look at him like he’s more than a friend. That the heat in his eyes when he looks at me is far beyond friendly. That like it or not, Liam makes me feel whole again.
ADD TO GOODREADS 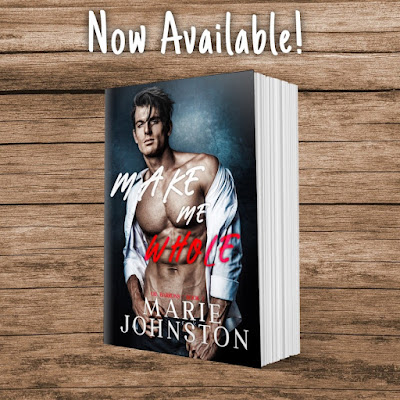 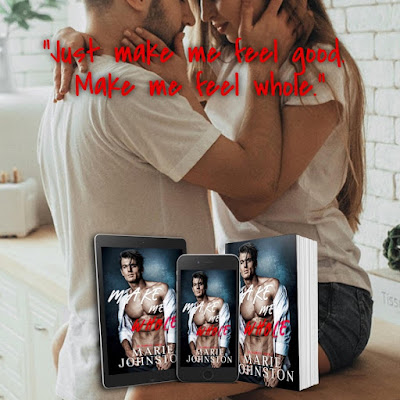 EXCERPT
Blinking to adjust to the dimmer light, it wasn’t hard to find Liam. Sparks flew from the far corner, where the light from the open door had the hardest time penetrating.
The torch Liam held went dark. He flipped his face shield up so it rested on top of his head. “Hey. That time already? The afternoon got away from me.”
He set his equipment on the work bench by the hunk of metal he’d been working on. He slapped his thick gloves down and took the face shield off. Then he shrugged out of his well-worn leather apron.
I blinked again, but it had nothing to do with lighting. His long-sleeved blue T-shirt with the logo of a bar and grill in Williston was plastered to his chest and back. A smattering of singe holes gathered around the collar and a few tiny ones on the sleeves where the apron didn’t reach. Liam adjusted his shoulders like he was trying to dislodge the fabric from his skin, but all the move did was make his muscles ripple.
I’d known Liam wasn’t the same lanky kid from high school, but I’d never had proof like this.
He ran a hand through his hair—same effect. Biceps bulging and rippling muscle.
My brain snapped a picture, like someday I might need to reference the type of man that could get my libido going again.
Which I wasn’t looking for. Dating wasn’t on my radar, much less…activities beyond that.
Although recently I’d been thinking… I gave myself a mental shake. My therapist said there was nothing wrong with thinking about dating someday. Nothing wrong with dating itself. Nothing wrong with not being ready. Nothing wrong with dating while still not feeling ready. I hadn’t reached that point yet. And I didn’t have to think about it at Liam’s. 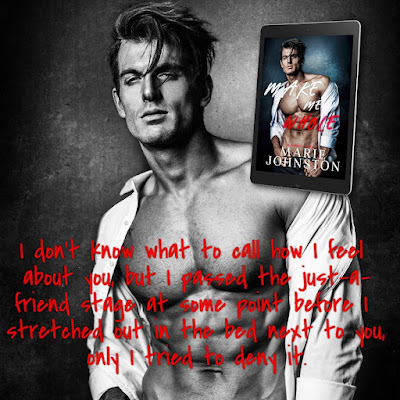 Sunny Shelly’s Review: 5 Stars
Make Me Whole is the first book I’ve read by Marie Johnston, so I wasn’t sure what to expect. Well, I was blown away! This small town, widow/single dad, best friends, forbidden romance was so full of emotion and tension and family drama, and it had me cheering for Liam and Kennedy from the first page!

Two years after her husband tragically died in a car accident, Kennedy is finally finding her footing after an emotional breakdown that left her emotionally paralyzed. A big part of her recovery has been thanks to her best friend Liam, who was the best friend/cousin of her late husband, Derek. More than that, Liam is the illegitimate son of Cameron Barron, who unofficially runs the rural North Dakota oil and ranching town where they live. Liam has not had an easy life thanks to his father, but he is a good man, and a great dad to his twin boys. He relies on Kenny, as he calls her, just as much as she relies on him.

But lately, both Liam and Kennedy have been looking at each other a little differently. Well, Liam liked Kenny even before Derek did, but kind of lost the girl when his cousin made the first move. When Kennedy finally gives him reason to think she’s ready to move on, Liam takes it slowly with her. So slowly. The guy is a saint. So tender and sweet, and understanding.

Unfortunately, not everyone in Kennedy’s life thinks she should be moving on yet, especially with Liam. Like, I wanted to strangle her in-laws for being so suffocating! Marie Johnston did a GREAT job in writing both sides of this story, describing all of the baggage that each of these characters is carrying around brilliantly. I loved the build-up of Kennedy and Liam’s romance from friends to more, and the pivotal moment where it almost crashed and burned before their relationship turned around was my favorite scene of the book! While this story is certainly about how Liam helps Kennedy heal after Derek’s death and makes her whole again, she plays just as an important role in his life, and how he goes from being persona non grata in town, a young man who holds his head high by the end.

There is also a great cast of supporting players in this book. Kennedy goes from being only friends with Liam in the beginning to having a great circle of girlfriends by the end of the book, and there is a really nice growth in Liam’s relationship with some of the Barron cousins by the end as well.

The epilogue ends on a whopper of a tease for the next book in this series, and I can’t wait to see what happens for the next Barron cousin! I received an advanced copy and voluntarily left a review. 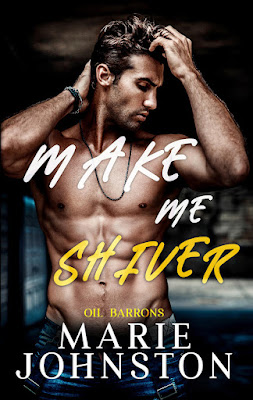 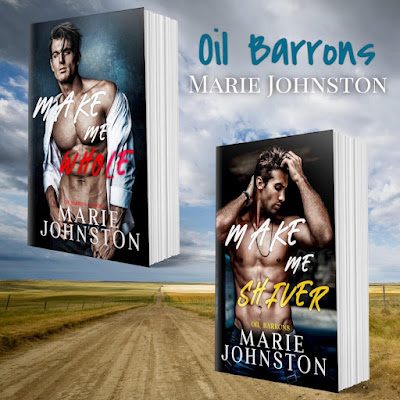 AUTHOR BIO
Marie Johnston writes paranormal and contemporary
romance. She also works as a medical laboratory scientist and has worked as a
public health microbiologist. Depending on the
situation, she can be oddly unconcerned about germs or weirdly
phobic. Marie’s been a volunteer EMT, a college instructor, a security
guard, a phlebotomist, a hotel clerk, and a coffee pourer in a bingo hall.
All fodder for a writer!! She has a husband, four kids, and even more cats. 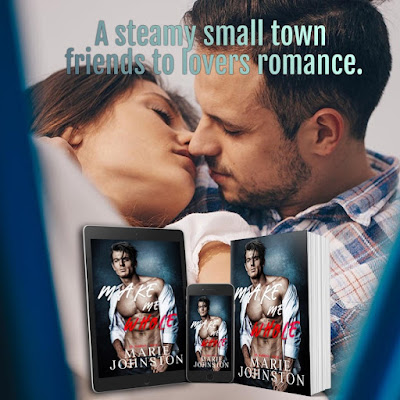