Title: Saving Easton
A Brother’s Best Friend Romance
Series: Oakside Military Heroes #2
Author: Kaci Rose
Genre: Small Town Military Romance
Release Date: July 22, 2021
BLURB
Can love free the heart of a former prisoner of war?
Easton
My time as a POW left emotional scars that cut far deeper than any physical ones. I can’t stand to be touched. I am plagued by horrid nightmares. I knew therapy was my only option, but I didn’t realize it was fate leading me there… until I saw Paisley. As the sister of my best friend, I’ve had a crush on her for years. If anything can crack through the darkness rooted within me, it’s the warmth of her beauty.
Paisley
I didn’t know Easton joined the military until the day he walked into Oakside where I work. With therapy dogs and a delicate touch, I’ve helped countless veterans. Never one this close to my heart. Easton isn’t the boy I once knew anymore. All he’s endured has made him retreat inside himself. Can I help him coax him back out into the light? Or will some part of him forever be a prisoner to his pain?
This is a Steamy, Brother’s Best Friend, Small Town, Military Romance. No Cliffhangers.
This is Book 2 in the Oakside Military Heroes Series.
As always there is a satisfying Happy Ever After.
If you love steamy romances with a scarred hero, hot love scenes, military men, and small towns, then this one is for you.
ADD TO GOODREADS 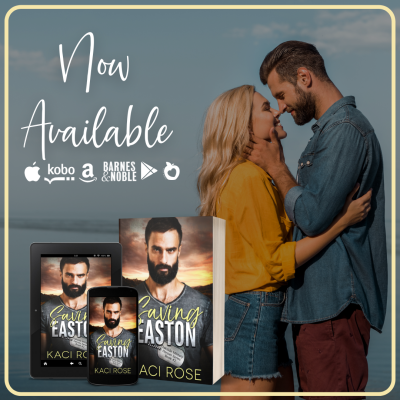 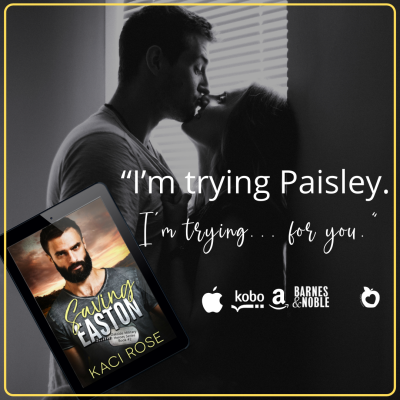 Sunny Shelly’s Review: 3.5 Stars
Saving Easton is the first book I’ve read by Kaci Rose, and I enjoyed it — but there were a few things about the story that I felt were lacking, and that made the difference in this being a 3-star versus a 4-star read for me.

The good: I really liked the development of the friendship between Easton and Paisley and how that evolved into them both yearning for each other and eventually crossing from friends to more. Their childhood past played into the story nicely: how they both had crushes on each other as teenagers, but his being her older brother’s best friend prevented him from ever approaching her for a date. But since Easton and her brother lost touch when he was in the military, and Easton was now developing a true friendship with Paisley all on his own, there was nothing stopping Easton from pursuing her except Easton himself.

Easton’s struggles as a POW adapting to life were nicely written. I liked how he pushed his own boundaries when he saw that he had a chance to really be with Paisley, and I was rooting for them.

What I didn’t like: I started out this book feeling like I was missing a big piece of Easton’s introduction. Surely there was a backstory before Saving Easton began. This book is pegged as a standalone, and for the most part, it is, but I felt like I was missing something big right up front. Well, when I got to the epilogue — which sets up Teddy’s story next — the epilogue is actually Teddy’s introduction for the next book. So I can only assume that Book #1 had introduced Easton in the epilogue? Maybe repeating that epilogue as Saving Easton’s prologue would have prevented my confusion. I’ve seen several authors do that with interconnected books.

Also, when was Easton teaching Paisley self-defense? She mentioned using the “moves he taught her” and I’m fine if it happened off-page, but there was no mention of it until she had to use the maneuvers. I also thought the drama with her brother’s girlfriend felt forced, but I get why that was used as an obstacle for Paisley and Easton’s relationship to overcome.

And this book could really use a good proofread. There are unnecessary commas all over the place, often to the point where they interrupted my mind’s flow in comprehending the scene.

Still, I enjoyed Saving Easton. The wounded military vet who shut everyone ends up with the girl he’s always had feelings for? Yes, please! I received an advanced copy and voluntarily left a review. 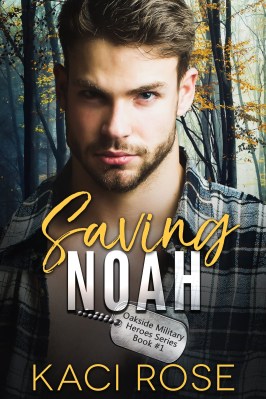 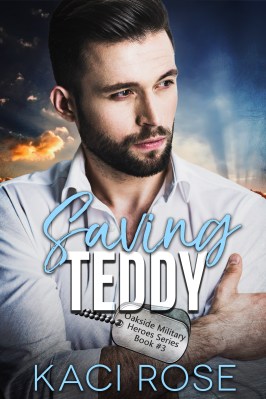