Release Date: June 24
The screaming fans in the crowd are proof the world loves Brett Pitzer, but I hate him. Those women lusting after him as he bangs on his drums have this fantasy of one night with him. He granted that dream to my sister, except he left her with a baby to raise on her own.
She couldn’t tell him about their boy, but with her life on the line the same night he’s back in town, I have no choice.
It’ll be an uphill battle trying to get in touch with this partying rock star who’s nothing like me, but after tragedy strikes, he’s the only biological parent my nephew has left.
I’ll do whatever it takes to protect the baby and give him the future he deserves, even if it means traveling on a tour bus with a man I can’t stand so I can be a nanny to his son. After all, I’m all my nephew knows, and he’s the only chance I have left.
Grab Your Copy Here:
Amazon US | Amazon CA | Amazon UK | Amazon AU
Free in KU 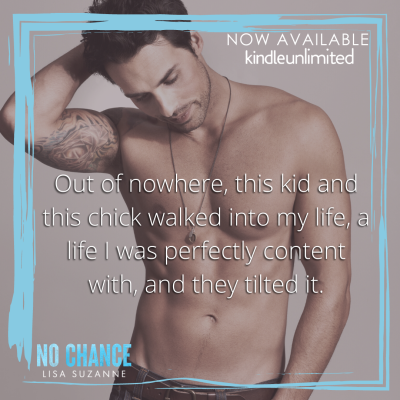 Another Lisa Suzanne rockstar romance? Yes, please! Give me more of the Capital Kingsmen boys!

Brett is the swinging single drummer, famous for his love ’em and leave ’em one night stands. One of those nights catches up with him when he discovers that not only does he have a baby, but the kid’s mother is dying. Hannah’s sister was in a horrible accident, leaving her at the end of her rope and not knowing what to do other than reach out to Brett. Who she hates, simply because he slept with her sister and knocked her up. Brie’s death turns Brett’s life upside down as much as it does Hannah’s. Brett never wanted kids (he didn’t have the best relationship with his parents), but he stands up and does the right thing where Hannah and little Chance are concerned.

Knowing that it’s time for him to step up, Brett invites Hannah and Chance on tour with the band, so she can be Chance’s nanny and he can get to know his son. Along the way, while trapped together on a tour bus and in hotel rooms, Brett and Hannah start falling for one another. But will Brett sabotage what they have before they even get started?

I loved the connection between Brett and Hannah — their relationship is a nice slow burn that starts off with a reluctant friendship of sorts. I also really loved the growth that Brett showed from start to finish. He went from only being able to call Chance “the kid” to really being a father to the little boy. And the life-changing moment where Brett realized that he had everything he never knew he wanted and threw it all away? I’m not embarrassed to say that I cried. A beautiful grand gesture led to some groveling and a wonderful reunion for this couple. And the epilogue was just perfect!

Well, done! I received an advanced copy and voluntarily left a review.

Lisa Suzanne is a romance author who resides in Arizona with her husband and two kids.