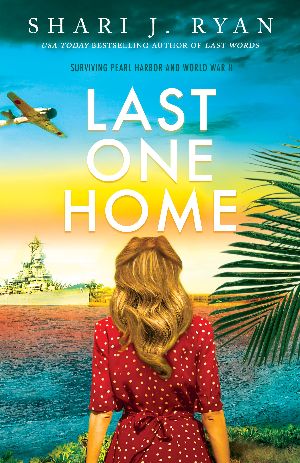 AIR RAID ON PEARL HARBOR
THIS IS NOT A DRILL

Piercing sirens led to cries for help. The pungent scents of burning oil would be seared into our memories forever, and the meaning behind loss was incomprehensible on that infamous day in history.

Twenty-year-old Elizabeth Salzberg, a nursing student and strong-willed Jewish woman, lived under the strict guidance of her father, a naval commander of the U.S. Pacific Fleet in Oahu, Hawaii. For the five years following her mother’s untimely death, Elizabeth had struggled to abide by society’s expectations of a woman’s duties. While spending her days preparing meals and keeping a clean house for her father and brothers, Elizabeth desired a more profound sense of worth and purpose in life.

Elizabeth’s dream of escaping the rigorous daily grind was drifting out to sea just before her unexpected encounter with the new handsome lieutenant on base. Everett Anderson, a former Hollywood actor who put his career on hold to serve in the Army is the talk of the town as women gossip over his arrival. Despite the attention, Everett fell for Elizabeth at first sight, but unbeknownst to him, she was the commander’s daughter and off-limits to all servicemen on base.

On the morning of December 7th, 1941, a forbidden romance was the least of Elizabeth and Everett’s worries when they found themselves fearing for their lives as they dropped to the ground beneath the air attack that would wipe out the U.S. Fleet within hours.

Elizabeth saw this pivotal moment as a turning point in her life. An opportunity to join the Army Nurse Corps was the purpose she had been seeking. She knew the country needed her services. This path was in resistance to her father’s wishes and would likely disrupt any future plans between her and Everett, but despite the internal battle to make a life-altering decision, Elizabeth felt an overwhelming need to prove her strength as a coming of age woman at a time when equality was more important than ever.

Could Elizabeth and Everett survive the bloodshed and tears of war, or would one have to come home without the other?

ADD TO YOUR TBR 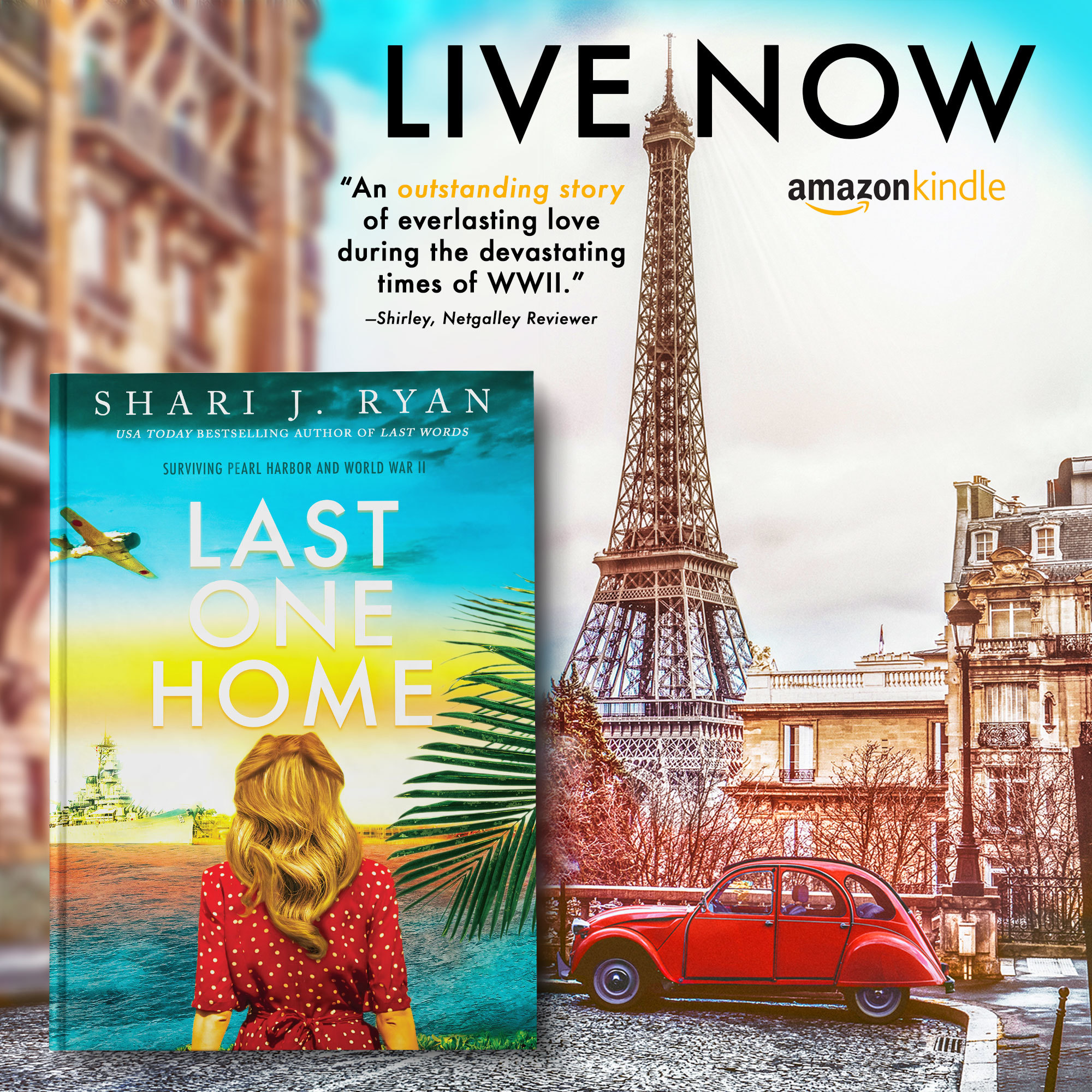 Last One Home is a gripping story of soulmates, faith, fate and never-ending love, set against the backdrop of WWII and the aftermath of the numbing of Pearl Harbor in particular. Shari Ryan did a great job of creating a vivid visual of that horrible day, and how it plays into the rest of the heroine’s story as Elizabeth struggles with finding her purpose, being proud in her faith as a Jewish woman, and falling in love when she least expected to.

The story is told from Lizzie’s POV in modern 2018 and flashbacks to 1941-44. It’s very much a journey of her growth as a woman as it is a historical romance with the whirlwind relationship between Lizzie and Everett. Last One Home is intense, raw, heartfelt and emotional, a wonderful story that had my heart racing at times and breaking at others.

I absolutely loved Shari Ryan’s Last Word books, so I was very excited to see what she brought to the table with Last One Home. Although I felt this book was missing that special *something* that made Last Words a spectacular story, I still very much enjoyed Last One Home. 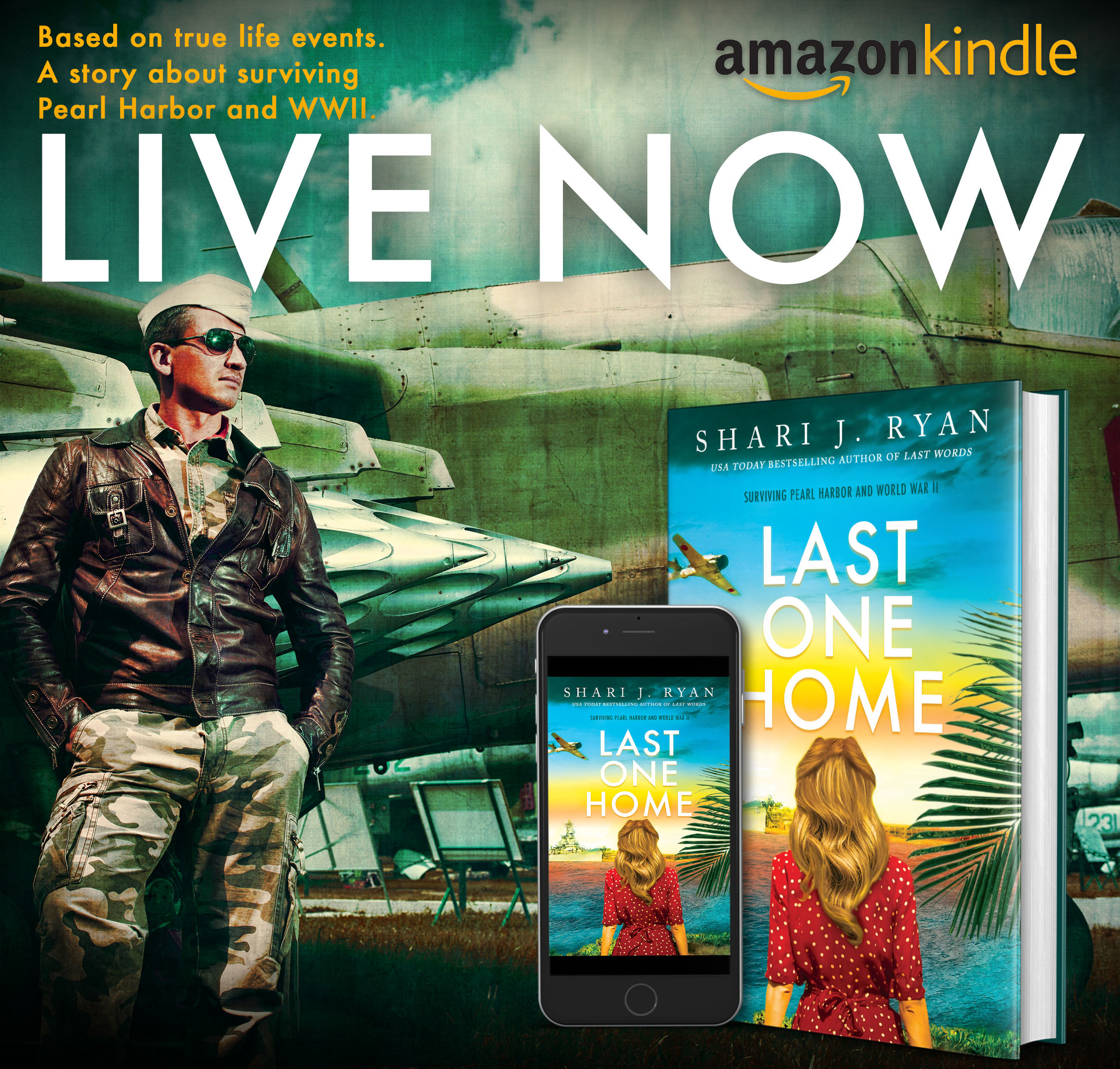 $25 Amazon Gift Card and a Signed Paperback
a Rafflecopter Giveaway

Shari J. Ryan is USA Today bestselling author. She lives in Massachusetts with her wicked awesome husband, and two wild sons who fill her life with non-stop comedy.

With a life full of love, writing, drawing, TV binging, reading, and Starbucks, Shari is living her best life.