No, I hadn’t heard that Ryan Prince was staying at the very resort I had just started working at.

If I had, maybe I would have called in sick.

On second thought, maybe I wouldn’t have, because I really needed that paycheck. Being a single mother and having a lapse in child support had made me that desperate.

Still, I would have rather avoided the circus that rolled into Hawk Tail Resort and the man who sauntered in with it.

All these years later and he was still that same gorgeous football player I left behind in college.

Except now he wasn’t gracing the gridiron unless it was for a movie role.

I assumed he wouldn’t even recognize me, not with the actress on his arm and the crowd pressing in around him.

Ryan Prince didn’t just recognize me; the angry tilt of those lips on that too perfect face told me he remembered exactly what I did when I left.

I thought maybe this was a gift, a way to put the past to rest…but the look on his face told me he had plans to dig up everything that was unfinished between us.

Add to your Goodreads TBR: https://bit.ly/OO-GR 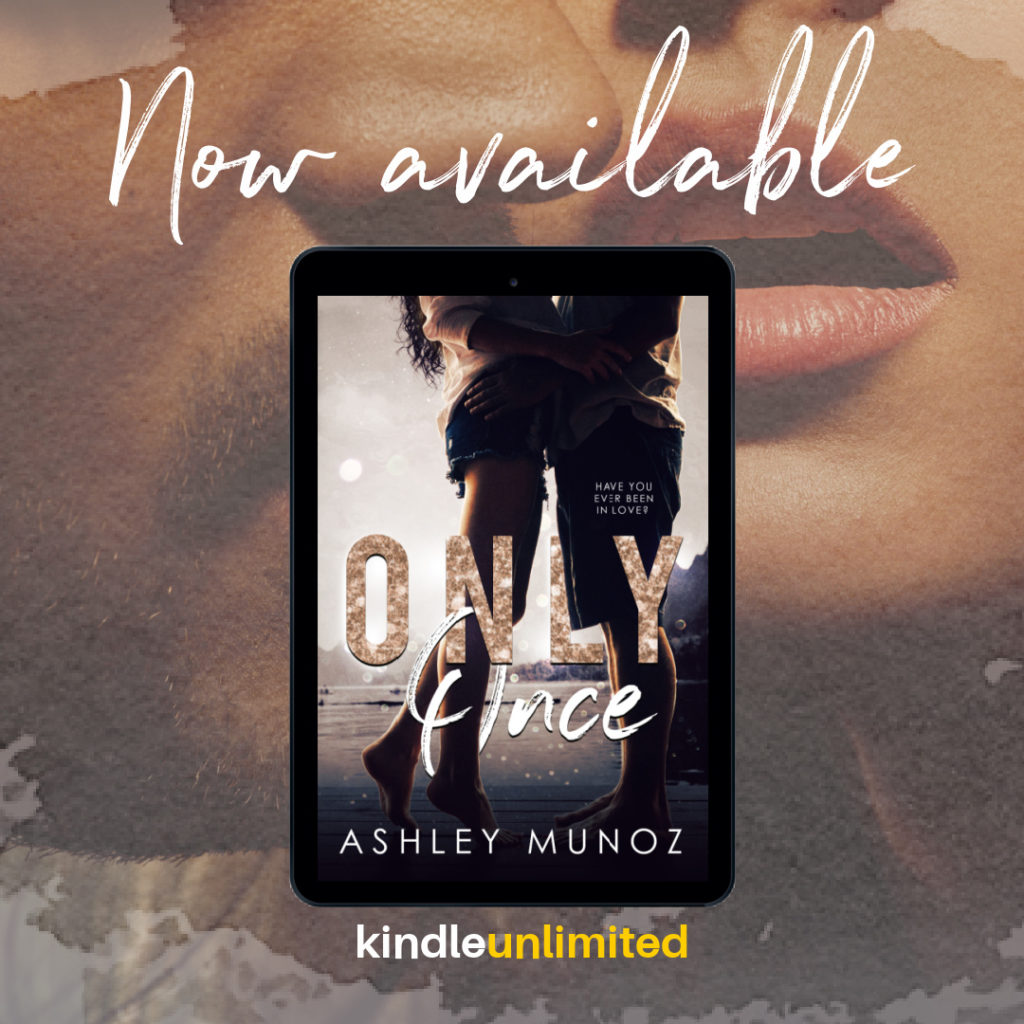 To celebrate the release of the Only Once, Ashley Munoz is giving away a signed paperback and $25 Amazon gift card! Stop by her Facebook page to enter: http://bit.ly/2LxktNK

Only Once is phenomenal. Emotional, heartfelt, tugs-on-the-heartstrings, had me on the edge of tears kind of phenomenal. From the first moment that Bexley runs into Ryan ten years after they split up to the very last page, I was hooked and couldn’t wait to see these two reconcile their past and get a happily ever after.

Ryan and Bex both have their insecurities when it comes to their relationship. I loved seeing how empty Ryan felt even though he was one of the most successful and popular stars in Hollywood. But when it comes to Bex, he always feels like he’s waiting for the other shoe to drop, like she’s going to break his heart all over again. He can’t help but feel jealous that some other guy made a family with Bexley when that was their dream together. And Bex has lived her entire life feeling like she was never anyone’s first choice, starting from when she was a little girl. When her relationship with Ryan was really put to the test back in college, she felt like he was picking his football career over her, and walked away — breaking both of their hearts in the process.

There is a really nice arc of growth on both their parts in this story as they come to terms with their past and figure out how to move forward. Ryan and Bex never got over the other and I loved how attached he was to her kids right from the start, making their relationship as much a family one as a romantic one.

It isn’t all sunshine and rainbows as these two hash out their issues. But the way it all comes together in the end is simply wonderful, heartfelt and full of promise.

Ashley was born in Nebraska, but raised in Oregon where she lives with her four children and husband.

If she’s not helping her husband with DIY projects around the house, she’s writing or sneaking off to a corner to read.