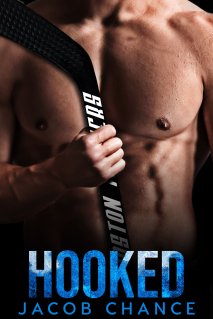 Avoiding bad boy hockey player Marshall Winters has been one of my goals since he did me wrong four years ago.
However, with both of us attending Boston University and his younger sister being my best friend, it’s damn near impossible.
Then he saves me from a dangerous situation, whisking me away to his family’s cabin, changing everything.
It’s just the two of us, no distractions, and nothing to keep us apart except my own rapidly fading reservations.
Now, I’m getting hooked on the one person I shouldn’t be. 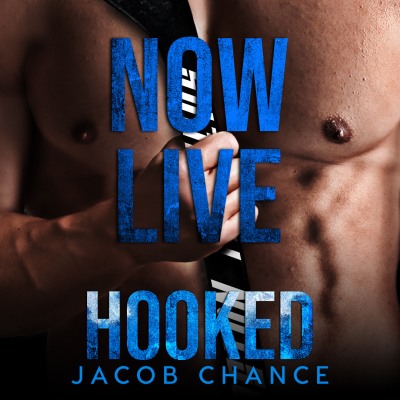 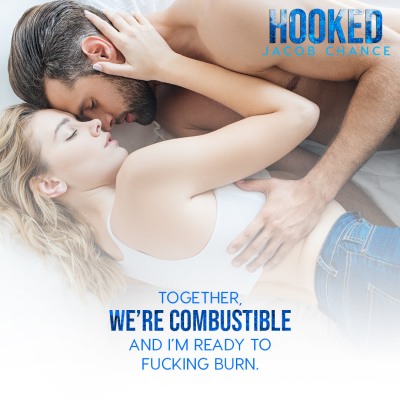 Hooked is a sweet best friend’s brother romance set in Jacob Chance’s Boston Terriers hockey world. The book starts over the summer when Marshall and Clover then goes into the school year where they are both at Boston U, trying to juggle their romance, studies, and his hockey schedule. It’s sweet and romantic with a bit of alpha male mixed in!

Clover has always had a crush on her best friend’s brother Marshall — but he is a bit of a playboy. There was one night where she thought he might see her the same way, but her hopes were crushed when she saw him with his hookup of the week the next day. For his part, Marshall *has* always felt something for Clover (and I love that he calls her Lucky!), but he’s kind of scarred from his mom leaving his dad, and doesn’t want to open up his heart in the same way. But when he rescues Clover from a sticky situation at the beach house one day and then whisks her away to his family’s cabin shortly afterwards, everything changes between them. Marshall has the chance to prove to Clover that he’s not the cad she thinks he is, and he starts to fall head over heels.

Things get complicated when they return to school not having defined their relationship status, and their classes and his hockey schedule pull them in different directions. There isn’t any big drama that leads to them breaking up, but more of lack of communication. But once Marshall realizes that he’s in love with Clover, he is all in.

Hooked is a lighthearted, slow-burn romance full of feels. There’s sizzling chemistry between Clover and Marshall, and I was rooting for them early on. Especially after he played knight in shining armor and rescued her from a disastrous date. Their banter is witty and fun, and I really thought they were likable, well-defined characters. There are plenty of appearances by Marshall’s sister/Clover’s best friend Maddie and her boyfriend, Marshall’s best bud Shaw, who were the focus of the previous book. But Hooked is a standalone story. 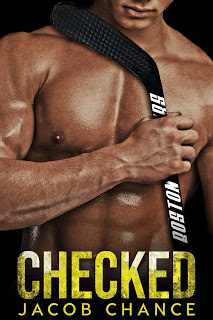 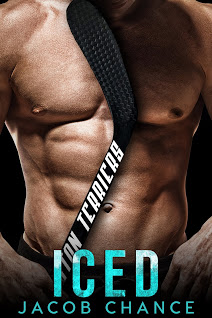 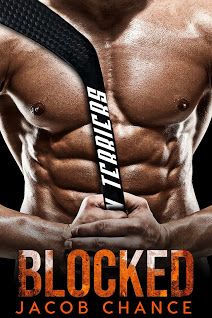 Jacob Chance is a New Englander. Born and raised in Massachusetts, he still lives there today. He is a bestselling author of twenty-seven novels, writing romantic suspense, romantic comedies, and sports romance. He is also half of the male-female writing duo, Remy Blake, who write short, steamy stories with insta love/lust and a side of taboo.

Jacob is a huge football fan, especially of the New England Patriots. He is also a martial artist and self-proclaimed practical joker.

When not writing or working his day job, Jacob enjoys reading, hanging out at the beach, and eating as much bacon as he can. 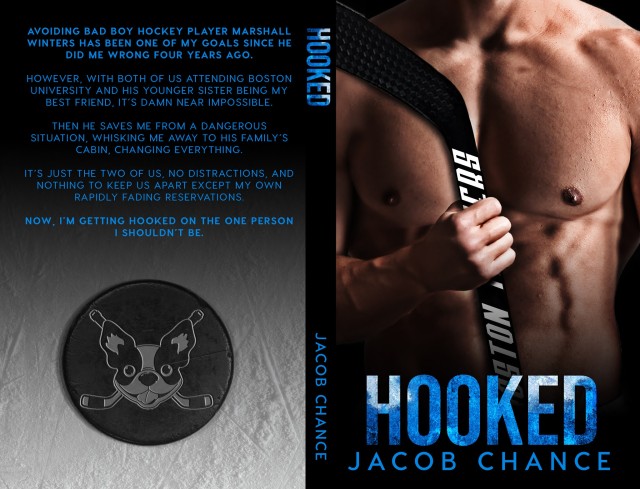