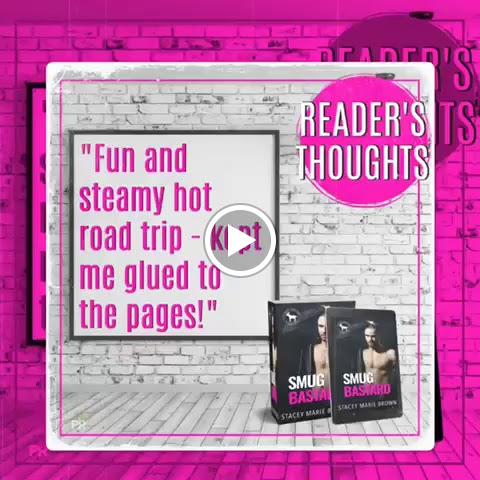 It was my time, a cross country drive heading home for my brother’s wedding to figure out my life after college. Me, my dog named Goat, and the open road. That’s all I wanted.He wasn’t supposed to be part of it. My older brother’s high school friend and my sister’s ex. The cocky boy my eleven-year-old-self hated.

The day after graduation, he left town and disappeared, losing contact with my family. But nine years later, he resurfaces and becomes a thorn in my side once again.

After his motorcycle breaks down, my older siblings convince me to let him ride home with me. Kyle wants his old buddy at his wedding, and Kasey, still carrying a torch for him, wants nothing more than to see him again, convinced they are meant to be. It’s the last thing in the world I want, but I learned long ago going up against the powerhouse twins is futile.

After nine years, we’ve both grown up, but our mutual dislike lingers. Though I can’t deny he is the sexiest man I have ever seen in my life. His piercing blue eyes, gorgeous rugged face, and muscular, tall figure belong on magazine covers. But he’s still a smug bastard, and I’m still the annoying little “Baby K.”

Spending every minute together in a tiny camper van starts to twist the lines of hate, igniting feelings and passions I’ve never felt before, shoving me out of my safety bubble. Tension grows, and nights are filled with strain and forbidden desire.

But I can feel him holding back. Cagey and cryptic, Smith’s dark past hints at the surface.

When it finds us, nothing could have prepared me for the truth—the secrets that flip everything upside down.

I wasn’t supposed to fall for him.

He was never meant to be mine.

Smug Bastard is a perfect enemies-to-lovers addition to the Cocky Bastard universe. I adored Smith and Kinsley so so much! The hate and heat between these two was off the charts. Meanwhile, the love affair between Kinsley’s dog, Goat, and Smith was absolutely adorable!

Stacey Marie Brown did a fantastic job with these characters. I loved how torn Kinsley felt about the feelings she was fighting toward Smith. He’d dated her sister, and her sister was still hung up on the guy. He is a moody, cocky jerk. But she couldn’t help but want him. Meanwhile, Smith is the stereotypical brooding bad boy, a guy who came from a bad childhood and is down on his luck. And man, is Smith down on his luck! I love the twists that his story took with how his life imploded and the manipulation by his ex. I was really ready to hate the guy after falling in love with him as a romantic hero, and then another whammy is revealed and I fell in love with him all over again!

He was a man… needing a woman. I felt like a gangly kid with no clue what I was doing. “Kasey will not give up. And honestly, why wouldn’t you want her again?” Insecurity washing over me. “She’s even more beautiful, smart, has her shit together. She’s perfect.”

A growl echoed off the walls, his body twisting to me, his eyes blazing. “I don’t want perfect. I want real. Fierce. Genuine.”

He moved to me like an attacker, pushing me into the bed, his hands gripping my face, sliding into my hair roughly, his fingers knotting into my scalp, igniting fire down my vertebra. He didn’t kiss me, but his mouth grazed mine, breathing me in. His weight moved between my legs, his thin boxer-briefs doing little to contain his size. His erection rubbed against me as he rolled into me. My back curved, a moan puffing from my mouth, desire bursting from me like a pinata.

“Don’t you fucking get it? Perfect destroys, kills what is wild, raw, and beautiful,” he rumbled, pushing himself harder into me, the fabric of our clothes creating friction shooting sparks over my vision. I went to kiss him, but he twisted his head, his mouth scraping up my neck, biting the tender part behind me ear. Like a switch, the quiet nerdy girl turned feral.

I liked sex. Enjoyed it. But it sometimes felt like I went through the motions, my brain never shutting off. She was gone. Nothing in my head now except need, like an animal set free. Primal and driven by desire, my hips dragged over him, causing a noise to vibrate in his chest, turning me on even more. I wanted him inside me. Claiming me. Breaking and devouring me. I no longer cared who he was meant for or if it was wrong.

Stacey Marie Brown is a lover of hot fictional bad boys and sarcastic heroines who kick butt. She also enjoys books, travel, TV shows, hiking, writing, design, and archery. Stacey swears she is part gypsy, being lucky enough to live and travel all over the world.She grew up in Northern California, where she ran around on her family’s farm, raising animals, riding horses, playing flashlight tag, and turning hay bales into cool forts. She volunteers helping animals and is Eco-friendly. She feels all animals, people, and environment should be treated Kindly.