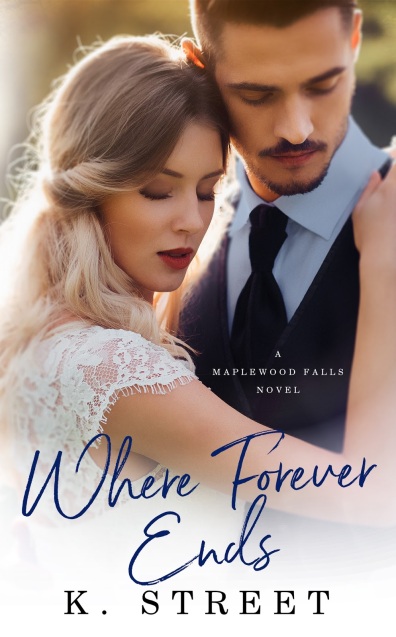 Married to a man who was my world and the father of my child. Then, one day,
half of my heart was ripped out of my chest.

A single mom who has spent the last nine months trying like hell not to drown
in an ocean of grief.

I survive in the in-between, but surviving isn’t the same as living, and I’m
not sure what living looks like anymore.

That is, until Jase Turner, my older brother’s best friend and my former crush,
comes back into my life.

We’re two people tethered together by strands of similar sorrow.

My husband had my past.

And maybe where forever ends is just a different beginning. 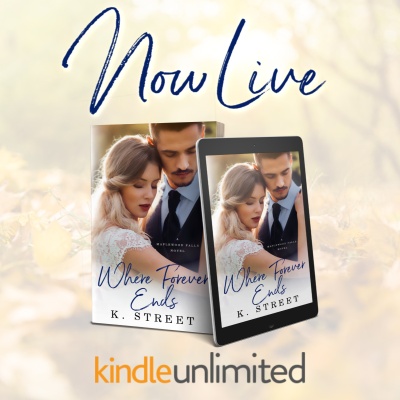 Oh, my heart! Where Forever Ends was a wonderful, heartbreaking story of two people who have suffered unimaginable loss finding love and solace and comfort in one another.

The story opens several months after Saylor’s husband suddenly dies, leaving her a young widow with a small son to raise. Needing to get away from all the memories of a life cut short, she moves several hours back home and in with her older brother, Easton, and reconnects with his best friend, Jase, who she used to have a crush on.

Jase understands the pain and anger and guilt that Saylor is carrying like nobody else. He’d also suddenly lost his girlfriend. What starts out as Jase being a shoulder to cry on and a comforting sound on the phone during those nights when Saylor can’t sleep gradually turns into something more. KS did a fantastic job of describing the guilt that Saylor felt for falling in love with Jase. How could she love him if she still loves her late husband? And Jase was all in from the get-go with Saylor and her son. That man has the patience and restraint of a saint!

There are so many emotions in this book, and the grieving process is well-written. I genuinely felt all that both characters were going through as their relationship develops. Saylor being afraid of moving on, and Jase realizing for the first time that he can see himself with someone besides Candace.

Where Forever Ends is the start of something absolutely beautiful. I just wish that the epilogue had been more of a HEA than a HFN. I would have loved to have gotten a glimpse of Jase, Socks and Knox — and any other little babies?!!?? — in the future.

This was the first book I’ve read by K. Street and I am most definitely hooked on this Maplewood Falls series. I can’t wait to read Easton’s book! I received an advanced copy and voluntarily left a review. 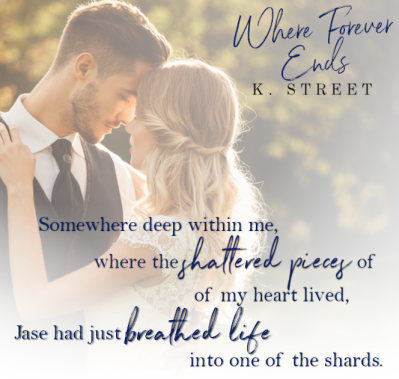 Author Bio
K. Street
has been making up stories since she was old enough to talk and began writing
at the tender age of eleven. She resides in central Florida with her husband
and daughter, as well as a tiny menagerie of pets; including a dog, a cat, and
a bearded dragon. K is a foodie with an affinity for coffee, peach Moscato, and
dark chocolate. When she isn’t plotting her next story K enjoys reading,
spending time with her family and cheering on her favorite hockey team, the
Chicago Blackhawks.
Author Links 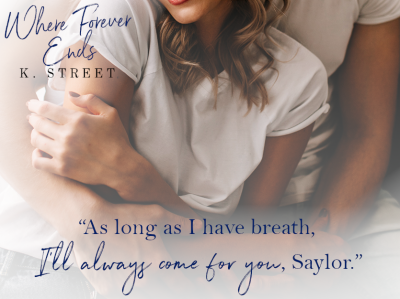