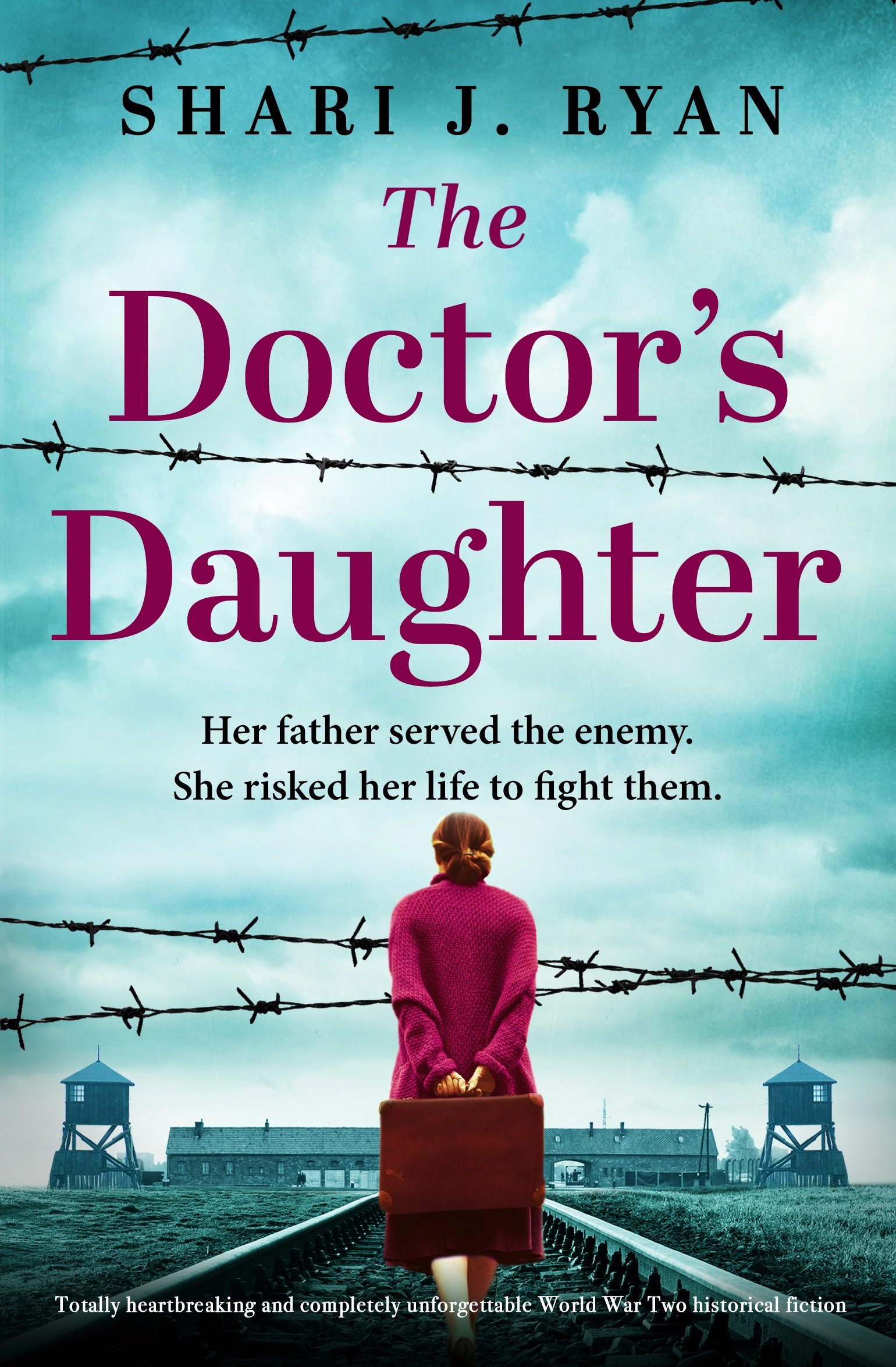 In Nazi-occupied Poland, Sofia cannot look her father in the eye. Sofia’s mother, her papa’s cherished wife, is Jewish—how dare he work as a doctor for the SS? She cannot forgive him, even if the bargain was made to spare their lives.

In the middle of the night, Isaac emerges from a packed train with hundreds of others. Beneath Auschwitz’s barbed wire, soldiers surround them, and gunshots pierce the dark sky. The SS decide prisoners’ fates on the spot—and Isaac is chosen to work, rather than to die.

Every day, Isaac and his fellow inmates are sent to a nearby farm. From sunup to sundown, they toil the land with barely a scrap to eat. Every breath feels like it could be Isaac’s last, so when he sees a beautiful auburn-haired girl peering out of the farmhouse window, it feels like a dream…

Sofia refuses to accept what she is seeing. Disobeying her father and evading the guards, she risks her life to sneak a letter to the green-eyed boy outside. She explains that she has hidden them food, and that she’ll do everything in her power to save them.

This secret exchange sparks an escape that should have been impossible—and a love story that is unforgettable. But is love enough in the face of evil? And when Sofia and Isaac are concealed underground, holding their breath as the Nazis hunt them, will they survive?

Fans of The Tattooist of Auschwitz, The Choice, and Orphan Train will be utterly gripped by this heartbreaking and unputdownable tale. This tear-jerking page-turner shows that even if your freedom has been robbed, and your loved ones torn from you, nobody can steal your hope… 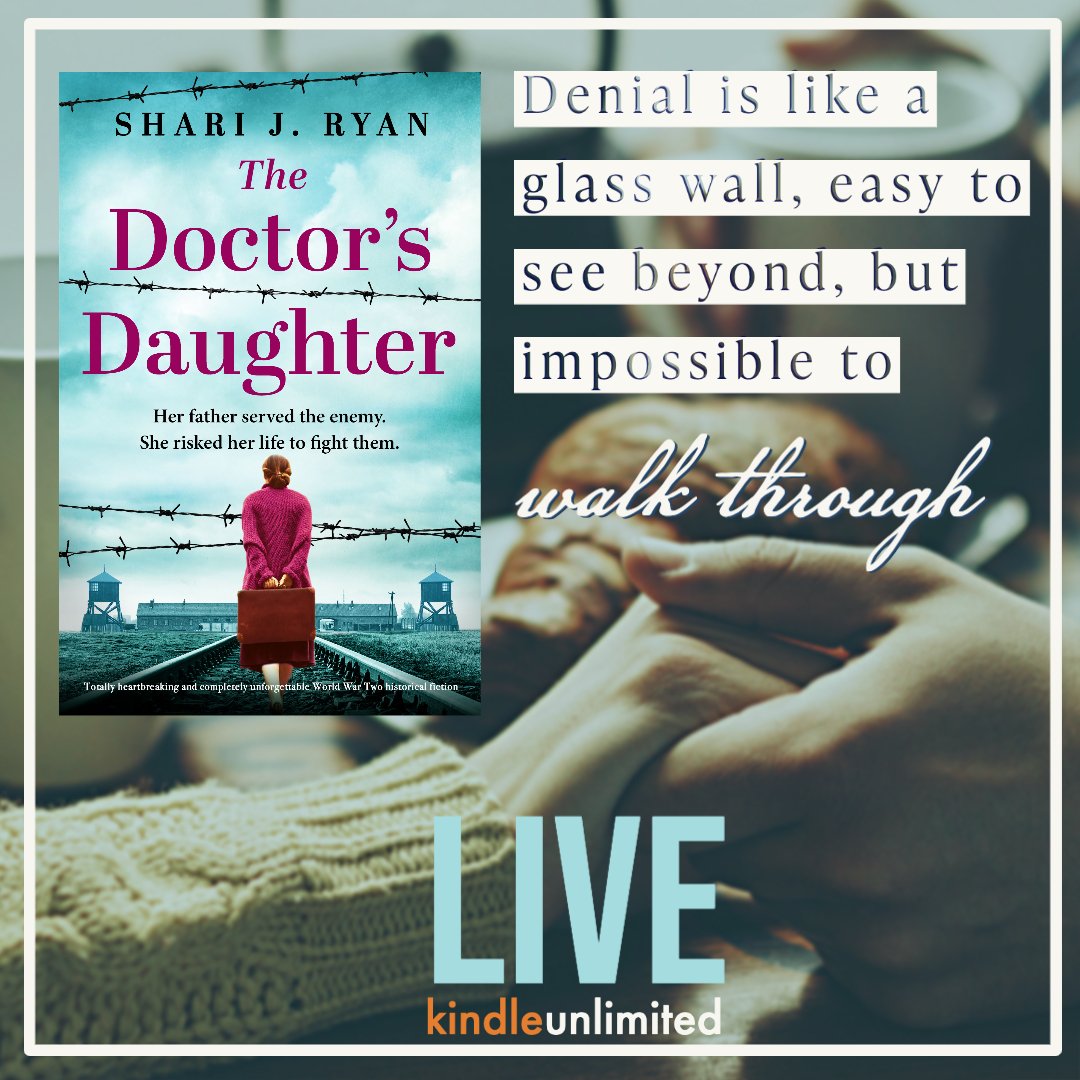 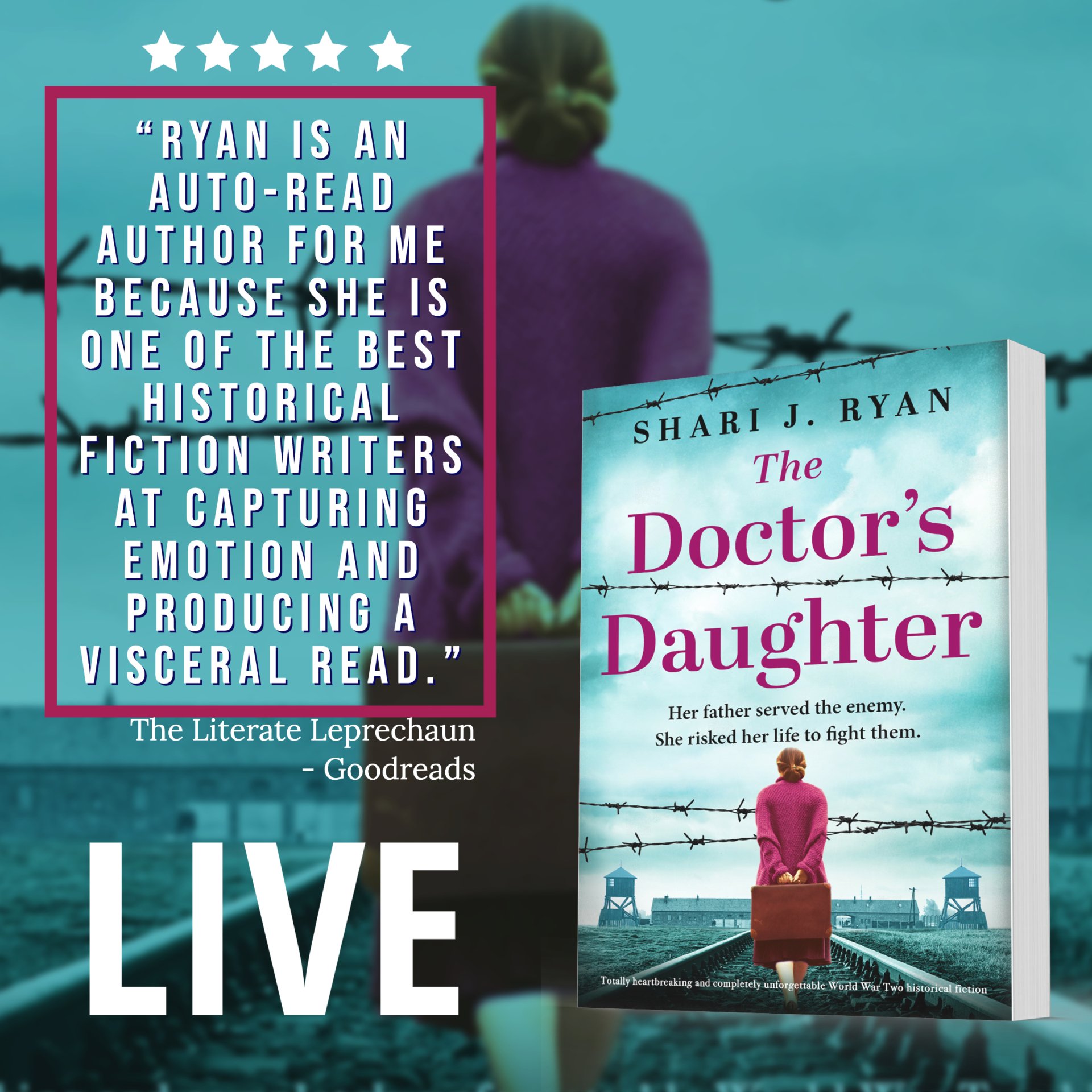 The Doctor’s Daughter is another fantastic WW2 historical story by Shari J. Ryan. Sofia and Isaac both showed so much strength despite the horrible surroundings around them and found a sweet, beautiful love in the darkest moments.

The story is primarily told through the POV of Sofia and Isaac, but there are a few heartbreaking chapters from his little sister, Olivia, as well. Sofia is a Jewish girl protected under the “Privileged Marriage” of her mother and father, an Aryan doctor who is now training the Nazi doctors in 1941 Poland. Meanwhile, Isaac and his family are trying to survive living in the Warsaw Ghetto before they family is broken up and he and his sister are sent to Auschwitz. When Isaac is one of the laborers sent to work at Sofia’s family farm, there is an immediate connection between them just through her bedroom window. She may be living in her family home, but it’s still something of a prison. Why should she be inside and not outside with him?

Determined to help Isaac, Sofia and her parents open up their home to him. But with danger lurking around every corner, are they really all safe?

Once again, Shari Ryan delivers a heartbreaking story set in the time of the Holocaust. I cried as these characters clung to hope and felt inspired as they found little bits of faith to get them through such horrible times. Ryan’s words paint a magnificent picture, and I can’t recommend The Doctor’s Daughter (or any of her other books in this genre!) enough! I do hope that we get a story about sweet Olivia some day!

Shari J. Ryan is USA Today bestselling author. She lives in Massachusetts with her wicked awesome husband, and two wild sons who fill her life with non-stop comedy.

With a life full of love, writing, drawing, TV binging, reading, and Starbucks, Shari is living her best life.