Release Date: January 24
Dyson hasn’t believed in love for a long time. But between his reputation as “One Night O’Neil” and his matchmaking sisters, he needs make a bold move. And so he makes Lexi an offer. He’ll help her youth center pass a fire safety inspection—if she’ll pretend to be his girlfriend. But one kiss in and he’s in over his head.
Now their sizzling kisses are far from fake, and it’s a disaster. Because that means the heat between Lexi and Dyson is real. And where there’s smoke, someone’s heart will definitely be going down in flames…

Lexi Martin is on the eve of her birthday and all she has to show for it is debt, a crappy apartment, a nonexistent social life, and a somewhat evil cat. So maybe she might be excused for thinking the extraordinarily hot fireman in her office might be an early birthday present from her roomate. Except that Dyson O’Neil isn’t a stripper. He’s a real firefighter. Aaaand excuse me while I burn in the fires of humiliation. 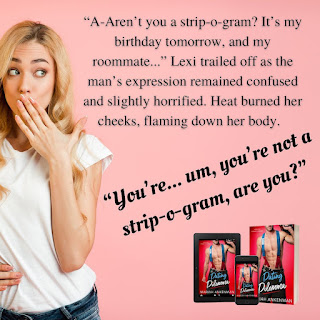 Lexi and Dyson’s fake relationship story in The Dating Dilemma was cute. She’s sworn off men after being used time and time again, and he’s only been about passing flings ever since his fiancée cheated on him. But when he wants to get his sisters off his back, he convinces Lexi to fake date him in exchange for his help making repairs around the youth center she runs.

Even though their relationship is fake, there’s real chemistry between Dyson and Lexi. And when real feelings get involved, will one of them break their own rule to give a real relationship a chance?

Their breakup comes over something that means a lot to Lexi, and I thought that Dyson was a bit of a baby about what it meant for him vs what it meant for Lexi and her beloved cat. But I was glad to see him man up and their reunion scene was cute!

I received an advanced copy from Entangled Publishing and NetGalley and voluntarily left a review. 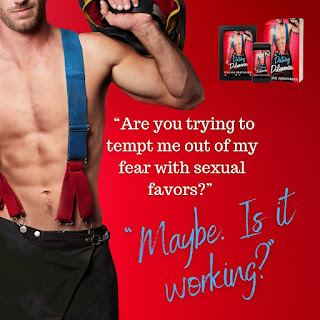 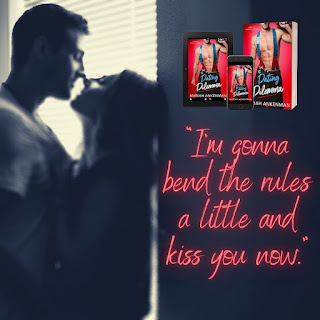 Bestselling author Mariah Ankenman lives in the beautiful Rocky Mountains with her two rambunctious daughters and loving spouse who provides ample inspiration for her heart-stopping heroes.

Mariah loves to lose herself in a world of words. Her favorite thing about writing is when she can make someone’s day a little brighter with one of her books. To learn more about Mariah and her books, follow her on social media or sign up for her newsletter.

Mariah is represented by Eva Scalzo of the Speilburg Literary Agency