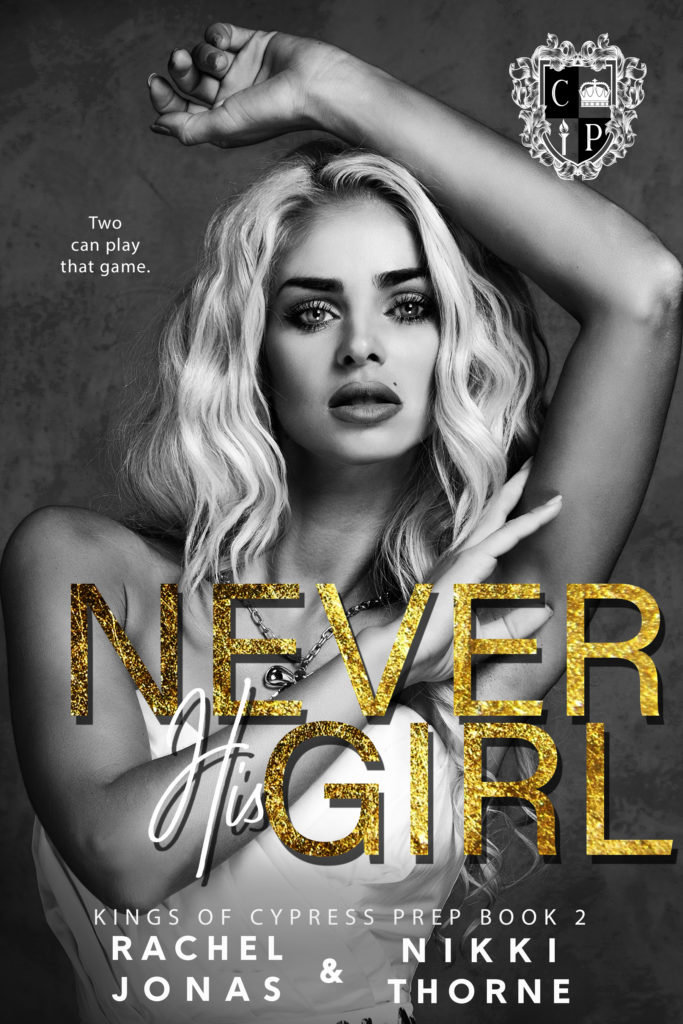 Nothing puts the final bullet in a girl’s rep like a leaked sex tape. Especially one starring her and the cocky quarterback who’s had it out for her since day one. Yep, you guessed it. That girl is me.

At Cypress Prep, West is king, but all I see when I look at him is the wicked prick who gets off on trying to break me.

Go ahead. Give him a round of applause for winning that last round, but know this—hell hath no fury like a girl from the south side with a baseball bat.

Hurt me once, shame on you. Hurt me twice… over my dead body.

NEVER HIS GIRL is the highly anticipated continuation of the KINGS OF CYPRESS PREP series. This is book two in a trilogy and should only be read after completing book one, THE GOLDEN BOYS.

This saga contains strong bully themes. So, if you’re not into romances where hate turns into love (… eventually), and if you don’t like your heroes of the unapologetically alpha variety, this might not be the series for you. There is no rape or dubious consent whatsoever. However, due to adult themes and sexual situations, this one’s only for the 18+ crowd.

This series is sure to give you GOSSIP GIRL and ONE TREE HILL vibes, and the angst will have you burning through the pages to find out what happens next. One-click and get lost in this series today!

Add to your Goodreads TBR: https://bit.ly/NHS_GR

To celebrate the release of Never His Girl, Rachel Jonas and Nikki Thorne are giving away a set of paperbacks and a $20 Amazon Gift Card! Head to Facebook to enter:

Add to your Goodreads TBR: https://bit.ly/TGB_GR

To celebrate the release of Never His Girl, Rachel Jonas and Nikki Thorne are giving away a set of paperbacks and a $20 Amazon Gift Card! Head to Facebook to enter: 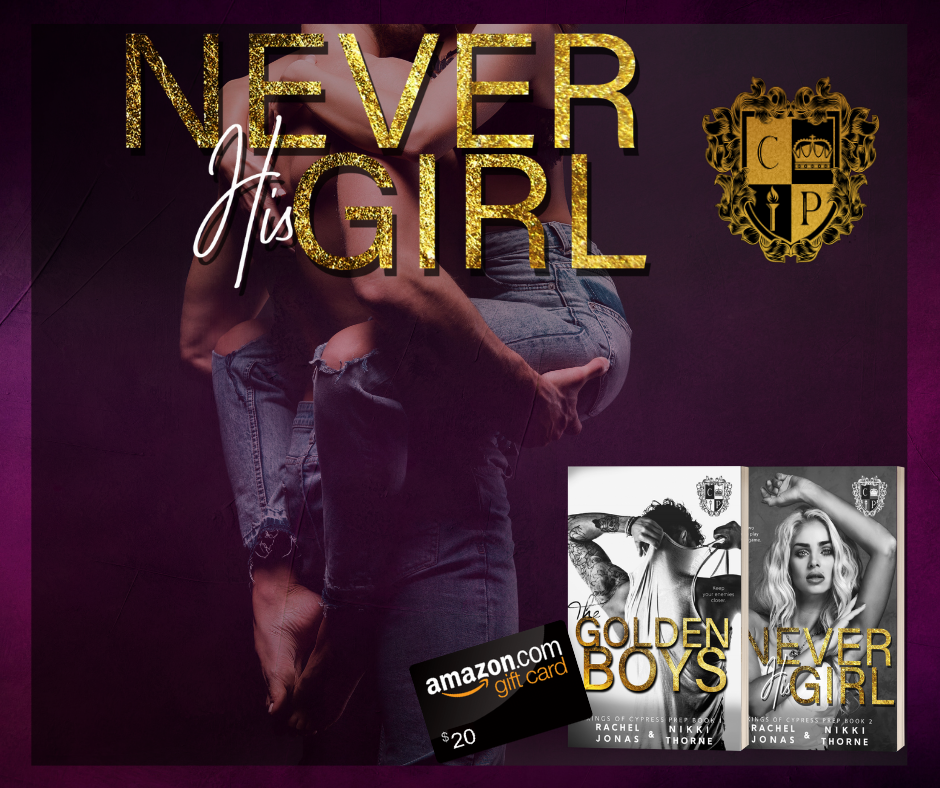 Never His Girl is the second Kings Of Cypress Prep book, and picks up where The Golden Boys left off. It is not a standalone, and is the second in a trilogy featuring Blue and Wes as the main characters, so it does end on a cliffhanger.

I really liked the love/hate relationship with Wes and Blue, and the push and pull between them as they both clearly struggled with their feelings for each other. He was AWFUL to her, and then just flipped a switch, and she struggled with whether or not to trust him. That clearly backfired on her when their sex tape was revealed at the end of book #1.

Now we have Wes realizing that he’s been a real dick, and wanting to make it up to Blue. He’s no longer bullying her, but is becoming borderline stalker as he tries to make things right. Not stalker in a bad way, but he’s actually really sweet as he waits to walk her to class every day, sends her flowers, upgrades her hotel room while they are at an away game. He really puts in the effort, and I loved seeing it happen, rather than being told that it was happening off the page.

But there was still the issue of WHY he hated Blue so much… Finally, we get the scene where he tells her why he hated her on sight. I was so glad that Blue called him out for not questioning her about the photo his dad has of her, why he jumped to conclusions… And that also opened the door to theories about why Vin Golden has that photo to begin with.

And we also get the explanation behind the mysterious situation with Wes and his ex, Casey. The secret that could ruin his future. It’s kind of a doozy, and it’s not resolved before the end of this book.

Like the first book, this ends on a cliffhanger. And once again, just as Blue thinks things might finally be going her way, the rug is pulled out from underneath her. When it comes to Blue and Wes, she very well may never be his girl… If this is going where I think it’s going, I can’t wait to see what unfolds in book #3. 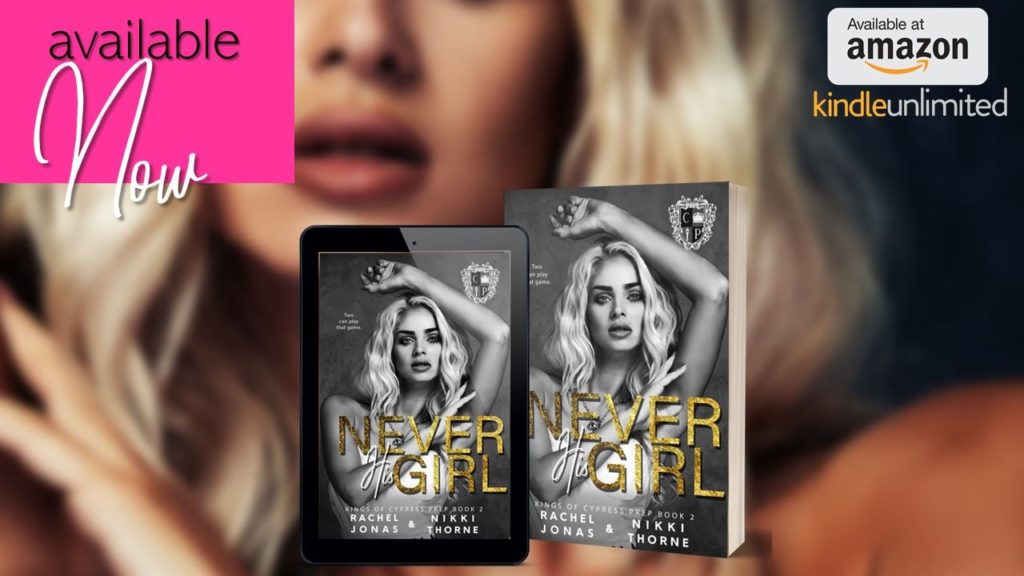