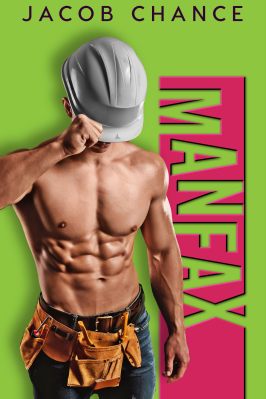 Manfax: A detailed report containing information about a potential boyfriend/girlfriend’s romantic history.
What is it about this bad boy that has women clamoring to date him?
Adam Winters is like an ice-cold drink of water on a scorching day—he goes down like a champ.
Tall, built, and handy, he’s irresistible and he knows it.
After my company runs numerous Manfax reports on him for half the women in the city, I learn he’s a commitment-phobe. And did I mention he’s my best friend’s future brother-in-law?
Forced to spend time together, he lays on the charm, and I do my best to remain unimpressed.
But the more I get to know him, the harder it is to ignore our chemistry.
Even though I know he looks terrible on paper, he looks damn fine from every other angle.
Will this sexy contractor chip away at the walls around my heart, or will he hammer them to pieces? 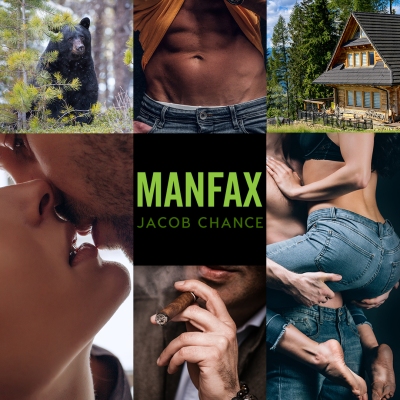 You’ve heard of Carfax, right? Well, Manfax is essentially the same service for women (or men, but mostly women) wanting to know their prospective partner’s past dating history. Brilliant. Manfax owner Roxanne rolls her eyes when she sees that her company has been paid to run a fourth report on a very handsome, quite charming, manwhore. Roxanne is quite stunned when she just a few days later meets said manwhore face to face while spending Fourth Of July weekend with her friend Danika and her boyfriend Rex (from Mantrum) at his family’s cabin. Adam, you see, is one of Rex’s brothers.

Roxanne has preconceived notions about Adam right off the bat, based on his Manfax history. She doesn’t know much personally about him, but figures he’s a commitaphobe who cycles through women monthly. And she’s not wrong. While Adam does like to date, he’d had his heart broken in the past and is protecting himself from feeling that devastation again. But he also knows that when he meets The One, he will be all in. For her part, Roxanne is also a commitaphobe. She has many walls built up, and has a hard time letting anyone into her inner circle. But the more she gets to know Adam, the more she thinks that she was wrong to not give him a fair chance. Adam is charming, sweet and thoughtful, and goes against everything she believed him to be as Manfax’s frequent flyer.

So of course, Adam is the guy to break through Roxanne’s walls, and she’s the woman who makes him want to commit. But she’s kind of hiding a secret from him, and when he finds out that he’s been investigated by Manfax, Adam is rightfully hurt, pissed and angry. I loved that it was the hero here who was vulnerable and wronged, and that Roxanne didn’t let much time go by before she groveled and set out to explain herself. But I felt that the whole reunion was rushed… and then BAM! The book was over.

I really enjoyed this story. It is low-angst and lots of fun. Roxanne is a no-BS kind of gal, and she has no issues putting Adam in his place. And the more she shoots him down, the more Adam wants to win her over. But at the end of the book, I wanted MORE from Adam and Rocky at the end. I guess there will be more of them in the other books the way we saw more of Danika and Rex, but the ending left me feeling unsatisfied.

While Danika and Rex are in this book plenty for readers of Mantrum, it is a standalone and they really are secondary characters to Adam and Roxanne’s story. I’m really hoping that Violet and Larsen have a book coming, because I want to know all his secrets! I received an advanced copy and voluntarily left a review.

Jacob Chance grew up in New England and still lives there today. He’s a martial artist, a football fan, a practical joker and junk food lover.
A writer of sports romcoms and romantic suspense, he plans on providing you with many more stories. 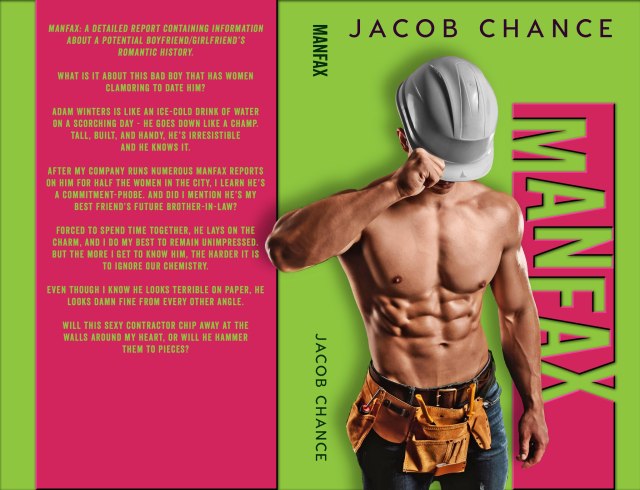