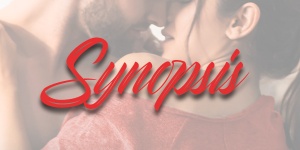 After a bitter divorce had left him jaded and cynical, Leo Drake thought he was done. To him, love and happiness were myths. Then the shy, sweet, coffee shop owner looked up at him with those big gray eyes and beautiful smile, and he was done for.

Danika Parrish had been the nerdy girl growing up. The girl who sat in her window, watching the boy across the street, and secretly longing for the day when he might notice her. When that day finally came, she was convinced all her dreams had come true. But after giving her everything she’d ever hoped for, he’d ripped it all away with a handful of words.

Leo’s made a lot of mistakes in his life, but the one he regrets most is hurting Danika. For the first time in his life, he knows what it feels like to love someone, to truly be happy, and he’ll do whatever it takes to win her back. He’s determined to prove to her that he’s worth a second chance. That he’s the forever she’s been waiting all her life for.

Read for FREE with KindleUnlimited 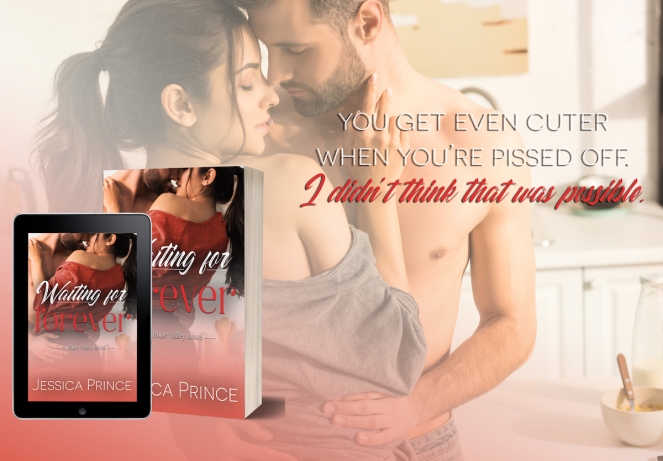 We were both sweaty and panting like we’d just run a marathon. Releasing my breast and hip, he reached for my hands and gently pried my fingers from the headboard. I would have collapsed onto the mattress in a sated heap had it not been for him holding on to me and guiding me down slowly.

Once there, he turned me to my back and hovered over me, his fingers coming up to brush the damp hair from my forehead.

I gazed up at him, sure my grin was totally goofy as I replied, “So okay.”

The harshness that had been carved into his expression when he first entered the room was now completely gone, in its place was a look so tender and so warm it made my heart expand.

“Thank you for that,” he said quietly, leaning in to run the tip of his nose along mine.

“Pretty sure I’m the one who should be thanking you. After all, you did most of the heavy lifting.”

He chuckled for a second before his expression grew serious. “I mean it, Danika. I needed that. I needed you. That’s the brand of sweet only you’re capable of giving me because it’s just how you are.” 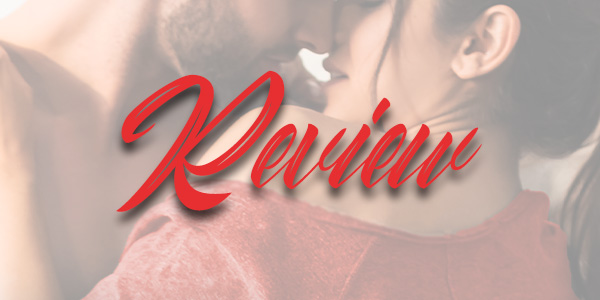 Waiting For Forever is another great addition to Jessica Prince’s Hope Valley series. I loved that Dani had admired Leo from afar her entire life, even though they lived across the street from one another. She was the chubby nerdy girl, and and he was the football star. Their paths didn’t really cross much in school, but Dani has had Leo on a pedestal forever.

Now that he’s divorced, Leo sees Dani with new eyes. And when the local baker agrees to give his daughter cooking lessons, Leo uses it as his in to make Danika see that he notices her. It’s a lovely progression as their relationship goes from friends to something so much more. (The fact that Leo calls Dani “Danika” because it is a unique and beautiful name like her — I loved that!) Jessica Prince strikes a nice balance between their blossoming romance and Leo’s desire to be a good dad to his kids, not wanting to let Hardin and Macie know that he’s dating Dani until he’s sure things are progressing in a serious way.

Hardin’s hard feelings about his parents’ divorce plays nicely into the drama that develops both before and after Leo and Dani split. I really thought Leo was a jerk when it comes to the breakup, because he knows his ex-wife is a crazy witch, and he legit does not let Dani get a word in edge-wise. I think she should have made him grovel a bit more before agreeing to give him a second chance, but the guy does make a heartwarming grand gesture to show her just how sorry he is for breaking her heart.

I have loved every one of the Hope Valley books, and this was no different. We get little glimpses of some other characters in this small-town romance, and Leo and Danika’s story ends on a wonderfully sweet and meaningful proposal. 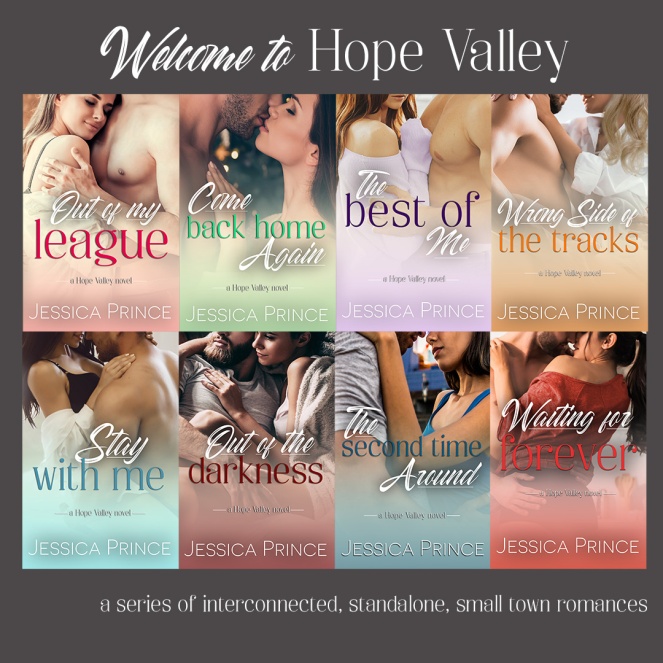