Blurb
She can’t let him score…
Call it superstition, but when a guy bats as hot as Brooks
Elliott, you don’t mess with what’s working. And what’s working is him keeping
his pants zipped and doing all of his scoring on the field.
So when I hear he’s planning to ditch his V-card now that
he’s been traded to baseball’s lovable losers—aka my home team and my reason
for living every March through October—I do what any rational, dedicated,
obsessed fan would do.
I make a plan to stop him.
But the thing about stopping him is that it requires
spending time with him.
Lots. And lots. And lots of time.
And the more time I spend with him, the more I like him. Not
as the guy who’s going to help save my favorite team and finally bring home a
championship ring, but as the guy who’s helping me in my quest to bring back
the team’s old mascot. Who also loves making pancake and bacon sandwiches. And
who would do almost anything for his love of the game.
But after all this time of jock-blocking him…do I even have
a chance?
And if I do, are we both destined to a life
of celibacy in the name of winning?
Jock Blocked is a home run of a romantic comedy
featuring the world’s most superstitious sports fan, baseball’s oldest virgin
hero, a rogue meatball, an adorable puppy with a cussing problem, and the best
lovable losers. It stands alone and comes with a happily ever after more
satisfying than a game-winning grand slam.
ADD TO GOODREADS
Watch fan videos &
vote for your favorite
Copper Valley Fireballs mascot

Sunny Shelly’s Review: 4 Stars
If you are a Pippa Grant fan, then you know just how funny her books are and the chaos that ensues. So take all of the Girl Band books and combine them with the Bro Code books and you get double the hilarity in Jock Blocked (from the Copper Valley Baseball series).

Brooks is the little brother of Parker (Stud In The Stacks) and Rhett (The Hero & The Hacktivist), and Mackenzie is best friends with Sarah (America’s Geekheart). There are lots of appearances from many other characters in the Pippaverse as well, which is a nice wink to longtime readers.

But back to Brooks and Mackenzie: How could you not love a couple who fall in love because she is trying to PREVENT him from losing his V-card? Their meet-cute involves an over-the-top baseball mascot costume, and the book just gets better from there. I LOVED that while the rest of her friends called her Mac, Brooks’ nickname for her is Kenzie. It’s sweet. It’s them. It sets him apart from everyone else in her life.

Brooks and Kenzie balance each other out so well. She’s a little crazy (in a good way), and he grounds her, while she encourages him to loosen up a bit. After being traded from New York to Copper Valley, Brooks needs a little light and sunshine in his life to lift the dark cloud he feels is hanging over his head, and Mackenzie fits the bill! 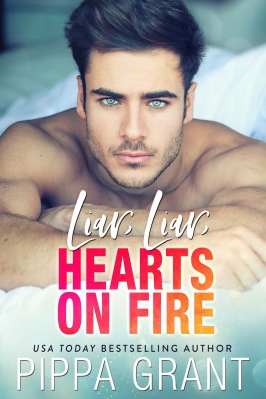 Author Bio
Pippa Grant is a USA Today
Bestselling author who writes romantic comedies that will make tears run down
your leg. When she’s not reading, writing or sleeping, she’s being crowned
employee of the month as a stay-at-home mom and housewife trying to prepare her
adorable demon spawn to be productive members of society, all the while
fantasizing about long walks on the beach with hot chocolate chip cookies.
Author Links
FACEBOOK 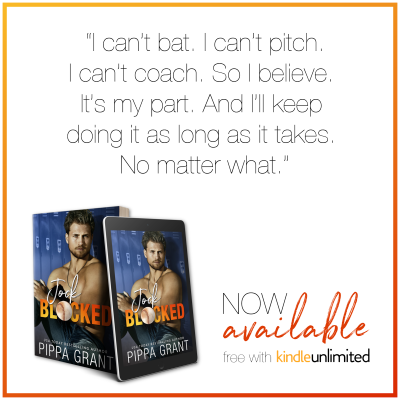