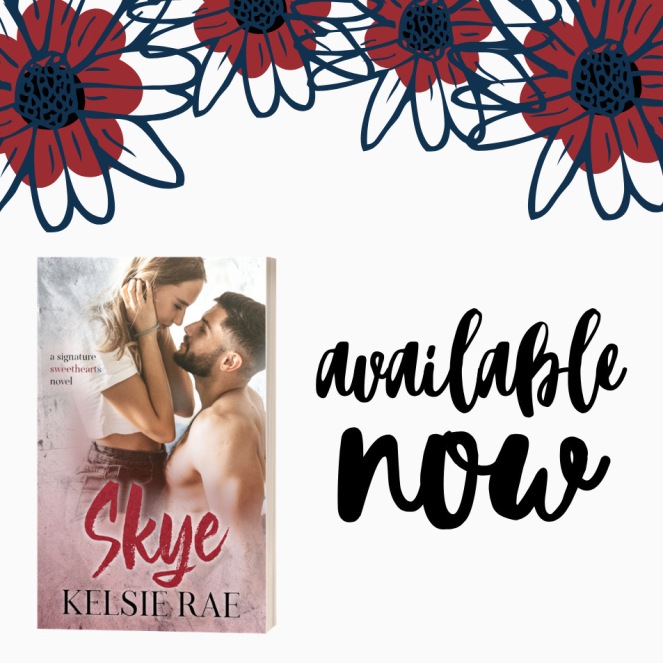 Skye by Kelsie Rae!! Are you a sucker for a bad boy marriage of convenience love story with a twist?
Available on ALL platforms! https://books2read.com/u/m2rGjr
Skye
Walking down the aisle toward my arch enemy wasn’t exactly what I was picturing when I planned out my dream wedding as a little kid. But as I take in his chiseled jaw and sexy smirk, I remember why I agreed to this sham of a marriage.

It’s because I’m a glutton for punishment and love a good underdog story, and the more I get to know Liam, the more I can see that he’s exactly that.

I just hope I’m not wrong about him.

Liam
Marriage is a load of crap and my dad knows it, which is why he insisted I find a wife if I ever wanted to touch my inheritance.

Little does he know, I don’t have a problem getting my hands dirty in order to get what I want. And if I have to use my little brother’s nanny to prove it, I will.

Besides, the girl drives me insane. It’s not like we have anything in common other than our mutual disdain for each other.

This’ll be a walk in the park.

Skye is the sister of Sway from “Anthony” — we got a hint of her fake marriage to come in Anthony’s book. Having seen a side of Liam that she’s confident he doesn’t reveal often of himself, Skye volunteers to be his fake wife in order for Liam to get his inheritance. While his father sees Liam as a no-good waste of space, Skye has seen another side to him, a gentler, kind man, and agrees to help him out purely out of the goodness of her heart.

Most of the story is the two of them alone in Europe on their honeymoon, and it gives the reader a great opportunity to fall in love with the two of them as they fall in love with one another. Having lived his whole life feeling less-than, Liam finds himself feeling cared for and cared about for the first time in longer than he cares to remember. Skye isn’t like any of the other girls he’s dated before. She’s not into material things and would rather take a small sweet gesture than a grand gesture any day. It’s not long before Liam wants to be a better man, be the man that Skye believes him to be.

Just when I thought that this book would come to a conclusion without a breakup, the split happens and it’s fantastic. Skye is blindsided, feels totally betrayed. Months go by before there is any resolution, and what Liam has to say to explain himself? Well, it brought tears to my eyes!