Some lines shouldn’t be crossed.

Some rules shouldn’t be broken.

June is one of them, and I know it. 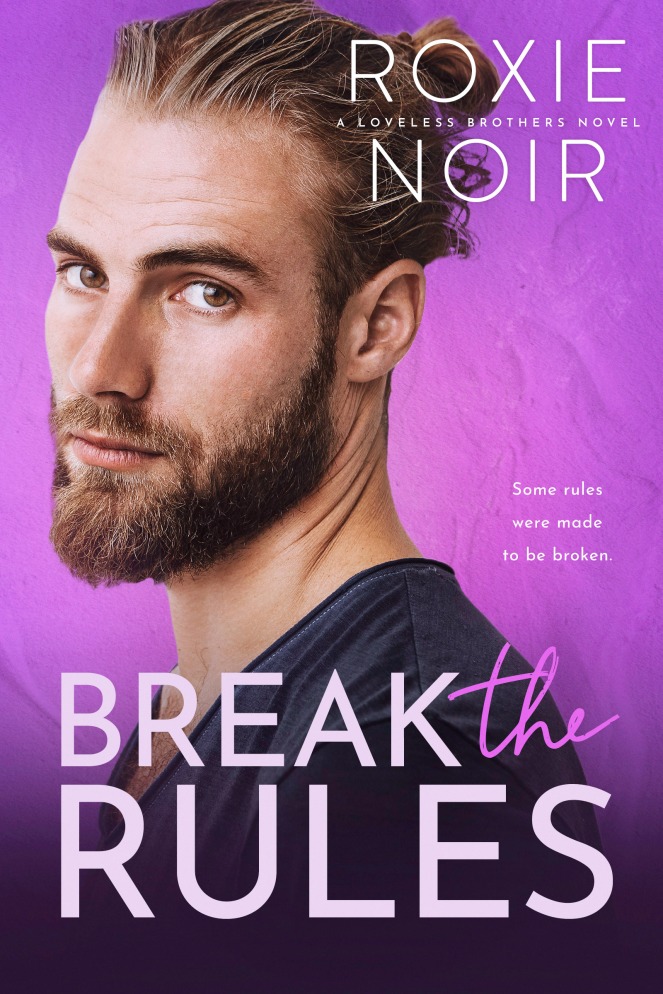 As a forest ranger, I believe in the simple life. I prefer cabins to apartments, trails to freeways, and trees to people. My life is orderly, predictable, and quiet.

Until it’s hit by a woman I never saw coming — Hurricane June.

She’s fierce. She’s feisty. She has a laugh like the first day of spring, and she’s so pretty that I can’t breathe when I look at her. June will only be in town for a few months—just while job-hunting. She won’t last until winter, but how can I resist?

Except I have to. She’s my best, oldest, and most loyal friend’s baby sister.

Betraying him would be the worst thing I’ve ever done. Not betraying him might be the hardest.

Especially once we start working together on a secret project. All this spending time together, sneaking around at night, and lying to her brother about what we’re doing sure feels like more than friendship.

But I guess some things were made to be broken.

Break The Rules is a feel-good, brother’s best friend romance. June blows into Levi’s life like a hurricane, making the shy recluse even more awkward as they start spending time together. And when they team up to solve the mystery of who has been cutting down old trees in the forests, the walls between them come down and — of course — they fall for one another.

I liked that they both had unrequited crushes on one another, and Levi was a bit of a bumbling idiot around her. I found that so charming! The forbidden-romance factor comes into play because Levi thinks June’s brother would kill him for dating his little sister. (I didn’t think that was such a big deal when all was said and done, honestly.) There is a breakup that happens due to a miscommunication. A predictable plot twist that could have been avoided, but it sets the stage for a Grand Gesture that is hopelessly romantic.

Although Break The Rules is part of a series, I have not read the others and found that it stood on its own. June and Levi are absolutely adorable together. 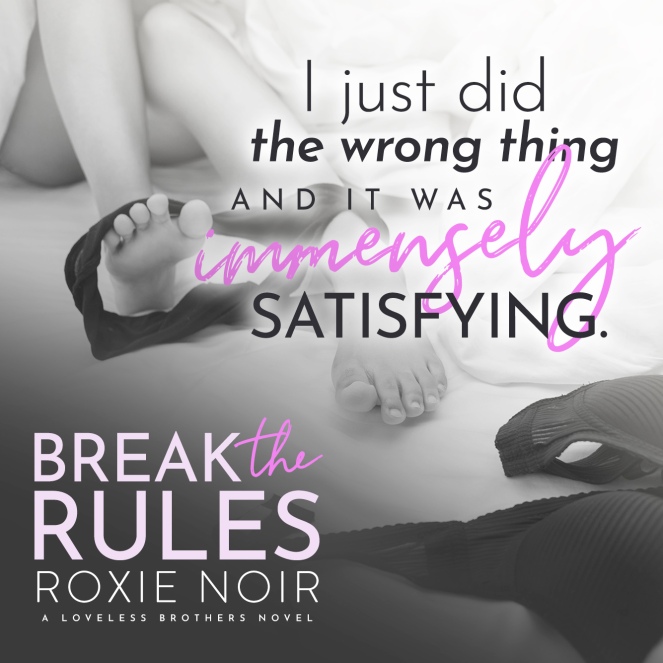 I like this side of Levi. It’s a side I’ve only ever seen glimpses of before in the past two weeks — sweet, slightly goofy, teasing and funny, different from the serious, quiet man I thought he was. It’s a strange revelation, but a good one, even if I wish I liked it less.

“One minute,” I tell him, and pull back from the window.

I shut it. I pull the curtains closed. I wonder what I’m doing and why on earth Levi has shown up beneath my bedroom window at twelve-thirty in the morning. I wish that the sight of him down there had made me feel differently, that I was indifferent and vaguely curious instead of suddenly buzzing and feeling like I’m being lifted aloft by several large birds.

I tiptoe down the stairs and through the living room, still wondering. I haven’t heard from him at all since we ate pizza in the back of his truck two nights ago, and I wish that didn’t bother me. I wish I thought less about him sitting there, as night fell, laughing and showing me his cell phone or telling me that he’s an alien.

I wish I thought less about him, period.

When I get outside, Levi’s leaning against his truck, his shoulder-length hair out of its usual knot.

I’m not sure I remember seeing him with his hair down before. He looks different. Relaxed. Like himself.

I don’t know what I was expecting him to say, but that wasn’t it.

“You do know that the last time a man came to my window, I called my brother to get rid of him,” I say. “I’m sure he told you about that.”

“He certainly did,” Levi said. “And if I were in my right mind, it might have deterred me.”

“You’re in your wrong mind, then?” I ask, tilting my head slightly, keeping my voice down.

“You didn’t ask what I named the dog,” he says.

“Did you come here at twelve-thirty in the morning to tell me you named your dog?” I ask.

Levi smiles, holds out one hand. I step forward and take it, his skin warm and he enfolds my fingers in his.

“No,” he says. “I came here to say that I think you should come back to my place for a nightcap.”

“Yes,” he says. “I’d like to take you home, fix you a drink, and seduce you, and I’d like to do it without thinking even once of your brother.”

I love writing sexy, alpha men and the headstrong women they fall for.

I live in California with my very own sexy, bearded, whiskey-loving husband and two hell-raising cats.