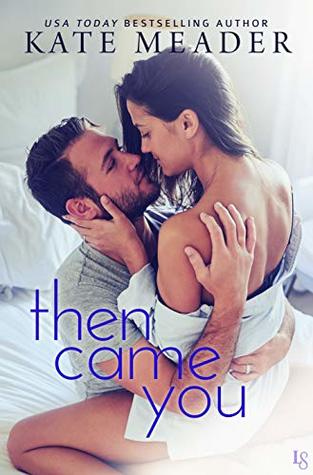 In the courtroom, they’re rivals. In the bedroom, they’re . . . divorced. But could the road trip from hell lead to a second chance at love?

Aubrey Gates is the hottest divorce lawyer in Chicago, a barb-tongued stiletto with legs that go on for miles. When her cool gray eyes meet mine across the battlefield, I want her like I’ve never wanted anyone or anything. Then I remember who she is: the woman who brought me to my knees. The woman who destroyed my faith in relationships.

And she needs a favor from me, Grant Lincoln.

It seems my ex forgot to mention the demise of our marriage to her dear old grammy, and now we’re both expected to attend her ninetieth birthday party. In Boston. And because it isn’t already awkward enough, Aubrey and I are driving there together from Chicago. That’s more than a thousand miles of tension, heartbreak, and barely concealed lust.

A little piece of paper might say we’re over, but this road trip is the true test. I intend to get my wife back . . . and I won’t stop until “I do.”

Kate Meader’s super-sexy Laws of Attraction novels can be read together or separately:

DOWN WITH LOVE • ILLEGALLY YOURS • THEN CAME YOU

Damn, the man himself has to appear and ruin a perfectly fine fantasy. He looks like the Terminator in Tom Ford. I can assure you that he didn’t dress so well before I met him. He didn’t even use chopsticks.

“Oh, hold up, please!” Just before the elevator doors close, Serena Gleason, one of my colleagues at Kendall, joins us inside. She flashes a grin. “Aubrey, heard you got your ass handed to you by—Grant! Didn’t see you there.” Unlikely, given that the man is about as impossible to miss as a redwood.

“Serena, how you doin’?” Grant’s syrup drenches the entire car and he leans in to buss her cheek. “A little birdie told me some lucky guy’s scooped you right up. Congratulations.”

Serena flashes her hand, showing off a rock the size of a planet. She’s marrying her hunky personal trainer. “Thanks, he is lucky.” Sighing for a couple of seconds at the sight of her ring, she raises her gaze and frowns at me. “What happened to your arm?”

“She won’t say,” Grant offers. “I’m thinking maybe a tryout for the Hawks.”

My eye roll is epic.

“Oh, there’s a story here.” Serena narrows her eyes in suspicion. I’ll be a source of gossip, visits from senior partners, and hopefully a tray of cupcakes by five.

The elevator reaches the lobby—finally—and we all step out and stand around awkwardly like we need to discuss our next moves. Sushi or Italian, friends?

Serena divides a look between the two of us. “Should I play referee? Or maybe something else?”

I shut that nonsense down immediately. “I’ll walk back to the office with you, Rena.”

Again, with that Bean business. I can’t. Not now.

Serena mouths “Bean” at me. I want to thump her and stuff that rock on her finger in an uncomfortable place.

Instead, I say sweetly, “No—I need to get back. I’ve got a client’s financials to investigate, remember?”

“Been thinkin’ on your dilemma,” Grant says, his voice ridiculously lazy and sexy.

“Thanksgiving, traveling with the beast, heading into the Lion’s Den.”

I shoot a look of not here at him, but Serena has already sniffed blood. “The Lion’s Den? Color me intrigued!”

He looks amused. “Think you’d prefer we discuss this in private.”

“Discuss what? How you tried to bypass discovery in Judge Jamieson’s court like a first year associate?”

“Nah. Me driving you to Boston for Thanksgiving so you can pretend to your grandmother that we’re still married.”

I gasp, which sets off a chain of unfortunate events. Slightly panicked, I move closer to Grant instead of farther away, inhale how good he smells, become light-headed with the pleasure of it, then step back. I look like a dancing fool and Serena definitely notices, her eyes going wide with wonder at my smoothness.

“Yeah, you will, girl.” Serena toddles off to get the rumor mill grinding at the office.

“No problem. Let’s get coffee in the food court. Won’t take long to sort out the details.”

What details? This isn’t happening. Yet I turn, trancelike, toward the escalator.

I know he’s watching my ass with those dark blue eyes of his. I’m not much taller than five four and I need heels to strike fear and envy. But I’ve always had a very well-proportioned behind that looks good in pencil skirts and Grant has always been an ass-man.

Like the recent reawakening of my long-dormant sexuality, the sway of my hips as I walk ahead of my ex-husband fills me with power. I know it’s ridiculous to feel this way because of a male gaze, but I can’t help it. It’s his gaze that fuels me. 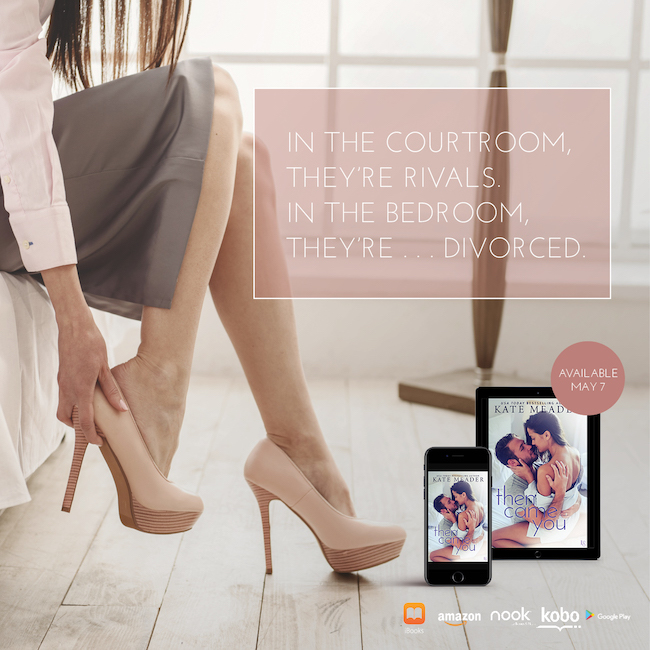 My favorite second-chance romances are when it’s between a divorced couple, as they try to fix what went wrong in their relationship and find their way back to one another. Grant and Aubrey had a long journey ahead of them, but what starts out as a reluctant road trip (on her part, anyway), turns into a mess of emotions and ultimately a lot of healing and a wonderful reconciliation.

Despite their divorce, Grant and Aubrey still love one another very much. But rather than leaning on one another during one of the most trying times in a couple’s life, they drifted apart. The fundamental differences in their backgrounds/family totally helped in how they approached the aftereffects of their miscarriage, and Kate Meader did a great job of painting a picture of a couple suffering a pregnancy loss.

Have some tissues on hand, because if you are emotional like me — and this subject matter is a trigger of mine, having been through a pregnancy loss myself — you will need them! I received an advanced copy and voluntarily left a review.

Originally from Ireland, Kate cut her romance reader teeth on Maeve Binchy and Jilly Cooper novels, with some Harlequins thrown in for variety. Give her tales about brooding mill owners, oversexed equestrians, and men who can rock an apron or a fire hose, and she’s there. Now based in Chicago, she writes sexy contemporary romance with alpha heroes and strong heroines who can match their men quip for quip.