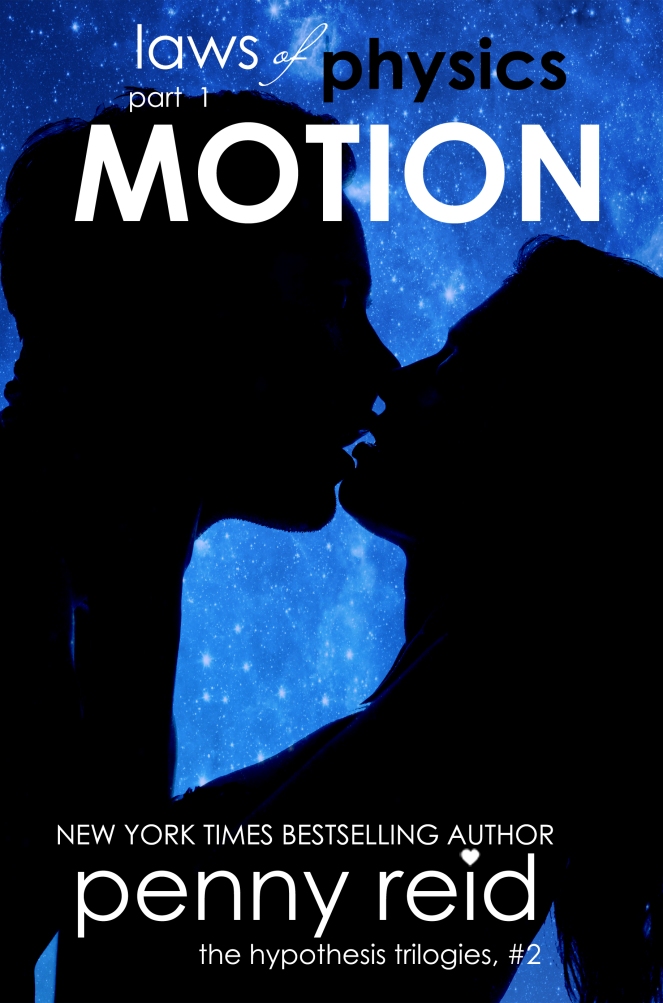 What’s the worst that could happen?

Mona is a smart girl and had everything figured out a long time ago. She had to. She didn’t have a choice. When your parents are uber-celebrities and you graduate from high school at thirteen, finish college at seventeen, and start your PhD program at eighteen, you don’t have time for distractions outside of your foci. Even fun is scheduled.

Which is why Abram, her brother’s best friend, is such an irritant.

Abram is a talented guy, a supremely gifted musician, and has absolutely nothing figured out, nor does he seem to care. He does what he feels, when he feels, and—in Mona’s opinion—he makes her feel entirely too much. 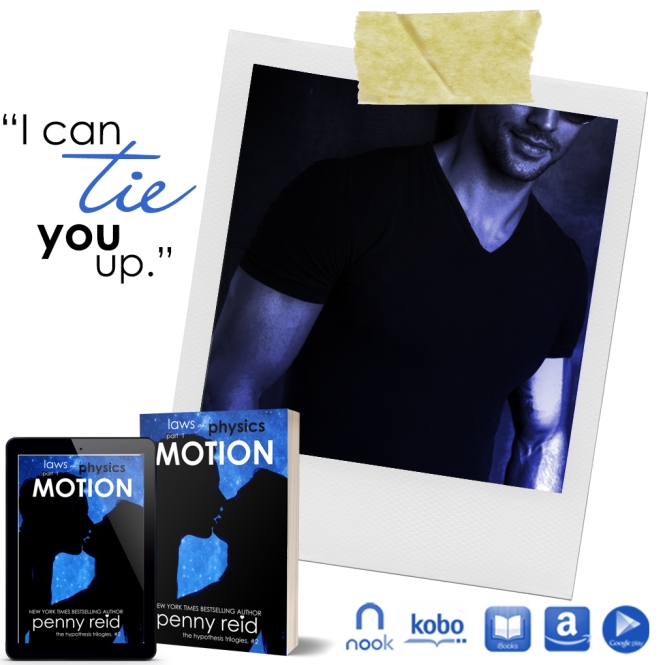 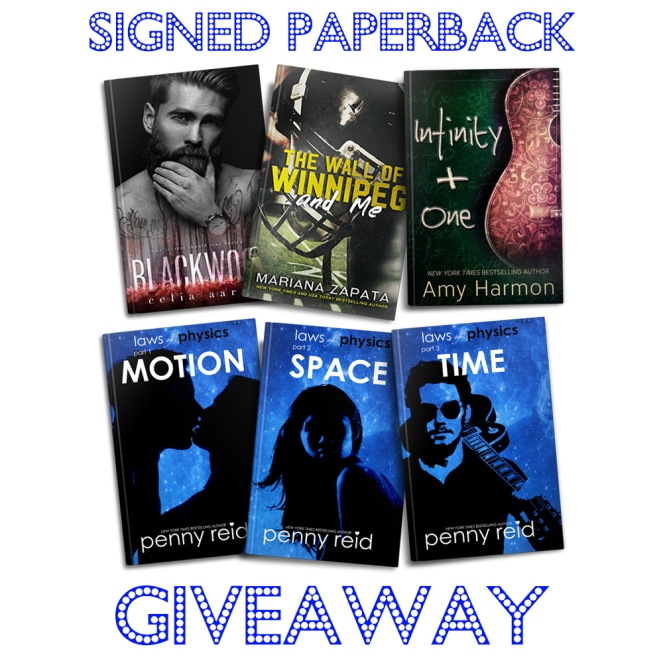 My stomach rumbled, long and loud, and I pressed my hand against it. Grunting into the darkness, I tossed off the covers and stood from Lisa’s bed. Food on my mind, I slipped out of the room and down the stairs. The kitchen was dark, but instead of flipping on a light—which might’ve alerted Abram as to my whereabouts . . . which he probably didn’t care about so long as “Lisa wasn’t doing anything crazy”—I crept on quiet feet to the fridge and opened it.

Momentarily dazzled by the bright light within, it took several seconds of squinting and blinking before the scant contents became visible. I frowned. In addition to the pizza box, two suspicious-looking containers of Chinese takeout, and various condiments, I found: shredded cheddar/jack cheese blend, a zucchini, a half a pint of mushrooms, and hot salsa. Opening the hot salsa, I smelled it, and then I dipped my pinkie inside and tasted it while examining the lid. It looked, smelled, and tasted fine.

Placing my finds on the island counter, I shut the fridge. The sudden extinguishing of the bright light meant that the kitchen was now pitch black. Shrugging off my lack of sight, I extended my arms and blindly felt my way over to the pantry until my hands connected with the torso of a person.

I jumped back on instinct, my leg hitting one of the stools at the island counter and sending it crashing to the ground. My heart in my throat, I screamed, turned, and darted forward, but my feet tangled with the felled stool and I pitched, bracing myself for a gravitational collision with unseen wooden bars and a granite stool top.

But then strong arms caught me, deftly spinning and lifting me into the air. Cold dread rushed through my body, tensing every muscle. I couldn’t think. I didn’t think. Instinctively, my legs and fists pumped, fighting against my captor. Rocks in my throat as I readied another scream, a hand covered my mouth just as I belted it out.

“Whoa! Calm down. It’s me.” Abram’s voice at my ear soothed, his bulky arm a tight band around my torso, my back to his front, my feet not touching the ground. “Calm down. Shhh. Calm down.”

Hot breath teased my hair and neck, and I stilled, relief at discovering it was Abram didn’t quite chase away the viral panic still attached to my hemoglobin, coursing through my veins. I shook. I was shaking. And I was gasping through my nose, greedy for air.

Perhaps he heard or felt my strained breathing because his arm loosened, lowering my feet to the ground, and his hand covering my mouth slid away. “Are you okay? Are you hurt?”

His arms immediately fell away and I stupidly rushed forward, once more crashing into the stool.

I heard Abram mutter a curse under his breath just as he caught me again, lifting me off the ground again, and saving me—again—from another gravitational collision. This time he turned us away from the stool and carried me across the room.

I didn’t fight him this time. In fact, I relaxed into him. Wired and exhausted, but mostly embarrassed, I allowed myself to be transported without protest. We left the kitchen and I was finally able to see dim outlines of furniture and walls, courtesy of the streetlamp illumination spilling through the windows of the living room.

Abram carried me to my mother’s favorite piece of furniture in our house, a gold velvet chaise lounge said to have once belonged to Napoleon’s sister, Pauline Bonaparte. Depositing me on the soft surface, Abram crossed to one of the Tiffany lamps and pulled the chain, bathing the room in soft blue and yellow, colored light filtering through the stained glass.

He then returned, knelt in front of me, one hand on my leg, the other cupping my cheek. “Are you okay?”

“Yes,” I said, cleared my throat, unable to lift my eyes higher than his black T-shirt, and said again, “Yes.”

He blew out a breath, pushing his fingers through my hair. By doing so, he forced my chin up and caught my gaze. That wrinkle of worry appeared between his eyebrows, and his very pretty eyes—which glowed and sparkled like polished amber cabochons—moved between mine.

“You really freaked out.”

I stiffened, gritting my teeth and yanking my head back, out of his reach. “I didn’t know you were there.”

Watching me with watchful watchfulness, he let his hand drop slowly until it rested on my left leg, next to his other hand which covered my right knee. “I said your name—twice—when I walked in.”

“I didn’t hear you.” I glanced from his eyes to where his palms were hot on my skin. “And I couldn’t see. I’d just shut the fridge, my eyes hadn’t adjusted.”

“Did you think I was a robber?” His left eyebrow lifted as did the side of his mouth, just a hint.

Clearly, he was trying to lighten the mood. Unfortunately, I still felt shaky. And embarrassed.

“I- I didn’t think,” I admitted, releasing an unsteady breath. “I wasn’t thinking. Sorry I fell.”

“No need to apologize. It wasn’t like you could help it.”

“Yeah. Gravity can be such a downer.”

He made a light, laughing sound. “What?”

“Uh, nothing. Whatever.” No physics jokes!

His frown returned, his fingers flexing slightly on my legs. “Are you sure you’re okay?”

Reaching for his hands, I removed them from my knees, setting them away. “I’m really fine. I just don’t like—”

He glanced at my knees. “Being touched?”

“When it’s unexpected.” I crossed my arms.

“That makes sense. But your reaction, even after you knew it was me—” He paused and sat back on his heels, as though debating how to continue and finally settling on, “It was a big reaction.” Abram continued to study me with his big, pretty, knowing brown eyes. “Hey, I would never hurt you.”

I winced, just a little, my gaze falling to my knees where his hands had been. I wanted to huff a laugh and roll my eyes, maybe say something like, I know, don’t be ridiculous.

But the word “Okay,” small and fragile sounding, slipped out instead. I immediately wished it back, because I didn’t understand it. I didn’t know why I’d said it, and I hated not knowing.

Get ahold of yourself, Mona. Pull it together. You are fine. Nothing happened.

Meanwhile, he continued his examination of me, I felt his stare, assessing my downturned face. “Out of curiosity, and no big deal if you don’t want to say, but did something happen to you this last year?”

My back straightened and I sucked in a slow, deep breath before asking calmly, “Like what?”

“Because I don’t want you touching me?” I tried to infuse my words with challenge, strength—wanting to shake off any earlier impression of weakness—and mostly succeeded. Peeking at him, I gauged his reaction from behind a hastily built wall of dispassion.

But then Abram dropped his chin to his chest, a massive grin lighting his features, and the fragrance of him hit me. My lashes fluttered as though he’d blown dust in my eyes, penetrating my wobbly wall of dispassion and sending it crumbling to the ground.

God, he smelled so good, and—unlike visual stimuli—I couldn’t stop whatever cascade of relaxing, soothing, melting awareness smelling his scent set off. Unthinkingly, I leaned forward an inch, chasing and inhaling the smell of him while he cleared his throat, like he was trying not to laugh.

Why he was fighting a laugh, I didn’t know, but the apparent genuineness of Abram’s struggle to subdue his grin only served to increase his attractiveness.

A moment later, he lifted his eyes and they connected with mine. He’d conceded to a shy smile. It was quite a smile.

“Yes?” I parroted dumbly. What were we talking about? And would it be weird if I buried my nose in his neck?

“Yes. You not wanting me to touch you means that you are very different now than you were before,” he explained.

I appreciated the completeness and thoroughness of his sentence.

My cheeks were hot. I pressed my hands against them while I examined him with suspicion. What was he doing to me?

“How so?” I asked, hoping to keep him talking so I could hunt down the splintered pieces of my concentration.

His eyebrows pulled together as his shy smile became a smirk. “You’re telling me you don’t remember?”

“Tell me your version of events,” I demanded, side-stepping a lie and still holding my cheeks.

“Uhh . . .” He scratched the back of his neck, peering at me like I both confused and amused him.

I was used to confusing people, but not amusing them. My cheeks burned hotter.

“Do you even remember?” I pushed, knowing my tone was belligerent.

He made a sound like he was choking on a laugh. “Yes. It’s hard to forget waking up to a naked girl in my bed.”

Jaw dropping, my eyes grew to their maximum diameter.

“Are you serious?” I whispered, my mind darting in all directions, attempting to form a reasonable hypothesis for Lisa’s behavior and coming up completely empty. Suddenly, I couldn’t catch my breath.

He shook his head, giving me an astonished once-over. “You honestly don’t remember?”

My mouth opened and closed as I struggled to speak, but it was no use. I was too . . . I was too many things. Shocked. Confused. Incredulous. ANGRY.

What had she been thinking? She’d been eighteen! How would she have liked waking up to find a strange, naked, eighteen-year-old boy in her bed?

I was beyond shocked. I was horrified. I was electrocuted by the reality of my sister’s brazen-slash-creepy quotient, because I couldn’t imagine doing anything in the same sphere of possibility. I was beginning to believe that if my twin and I were represented by a Venn diagram, our only areas of overlap would be physical. A minor sliver of shared corporal characteristics, and that was absolutely it.

Blinking at Abram, and promptly becoming tangled in his searching gaze, I realized he was still there. And I was still here. And my hands were still pressed against my cheeks as I warred with what I now identified as hot mortification.

What else could I do? I shot to my feet and marched out of the living room, dropping my hands and running up the main staircase.

Pre-order the rest of the series today!