That’s all Liam Walsh knows how to do and if he were being honest, all he was ever really good at. Dedicating his entire life to the game has taken him to some pretty remarkable places and in less than twelve seconds it had also brought him within inches of his life. Taking a careless approach to his recovery hasn’t exactly been the best game plan he’d ever conjured up, but that didn’t mean management had to send an overbearing, spitfire assistant to get him back on the field. Certainly not one who favored stilettos and fine lingerie.

An assistant on a national football team, she is constantly surrounded by men who think they can do her job better. Which is why she isn’t in the least bit surprised that the fate of her future now rests in the hands of a cranky, stubborn, arrogant football player on injured reserve. When Emme is offered an opportunity to make history, landing her and her Louboutin’s on Liam’s door step, what she finds isn’t just some football player. She doesn’t find a warm reception, either.

With the clock winding down, Emme is determined to piece Liam back together, but as their long days turn into even longer nights, the game no longer becomes about promotions or a comeback story, but a matter of life or death. Will their time together have them laying it all on the field for their future? Or will it send them both running and begging for mercy?

ADD TO YOUR TBR ➜ http://bit.ly/MercyFootballGR 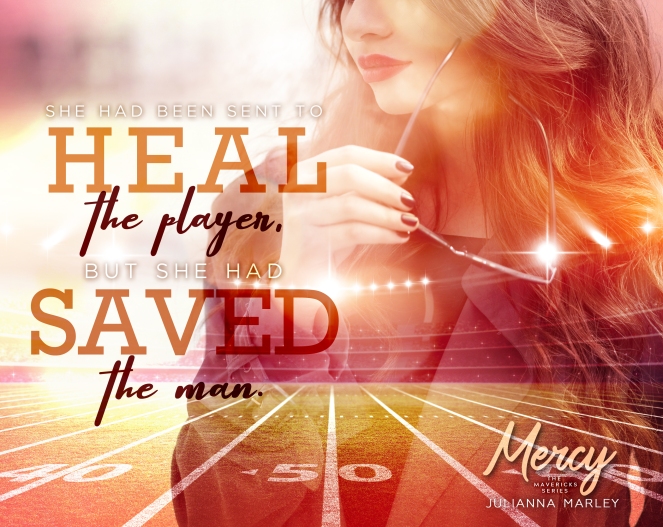 Mercy was an entertaining football romance between injured defensive back Liam and assistant manager Emme. He’s struggling and shutting down after an injury that could be career-ending when she’s sent by the team’s GM to essentially get him with his PT/recovery program. Her promotion depends on it.

Naturally, Liam hates the intrusion and having Emme be there as a babysitter, but eventually he sees that he is starting to feel better physically with her pushing him to his PT appointments, and he eases up on how nasty he is toward her. And because this is an enemies-to-lovers story, feelings soon develop between Liam and Emme. But she’s hiding from him the fact that her promotion to GM depends on him getting of of the injured reserve list… will her lie of omission end their romantic relationship before it really gets started? 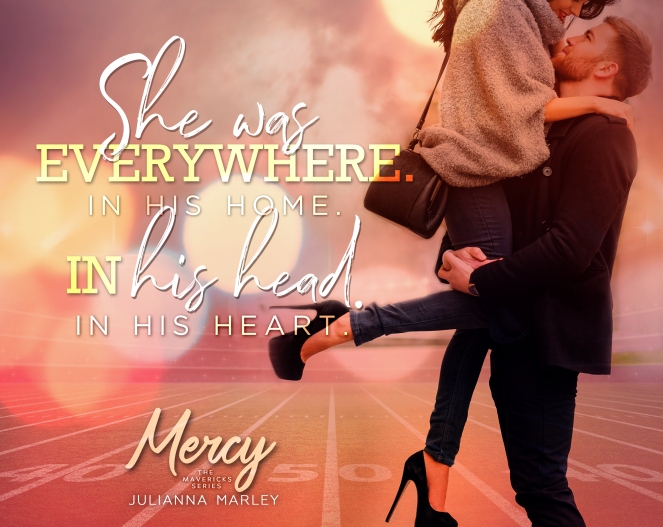 Mercy was a quite enjoyable story from a new-to-me author, proving that sometimes the thing you fear the most may lead to something you never knew that you wanted. Liam’s injury not only forces him to reevaluate his life’s goals, but it gives Emme a different perspective on the path her life is taking, and whether that’s what she really wants. And how adorable was surly Liam when it came to the sweet rescue dog! Love!

Julianna Marley is fairly certain that she was born on the wrong side of the Mason-Dixon line. She’s in constant search of warmth, sunshine and water. When not writing about all the places she yearns to be, she can be found enjoying obnoxious amounts of coffee and getting bossed around by her children. Julianna loves romance, humor and football.

Connect with the Author: