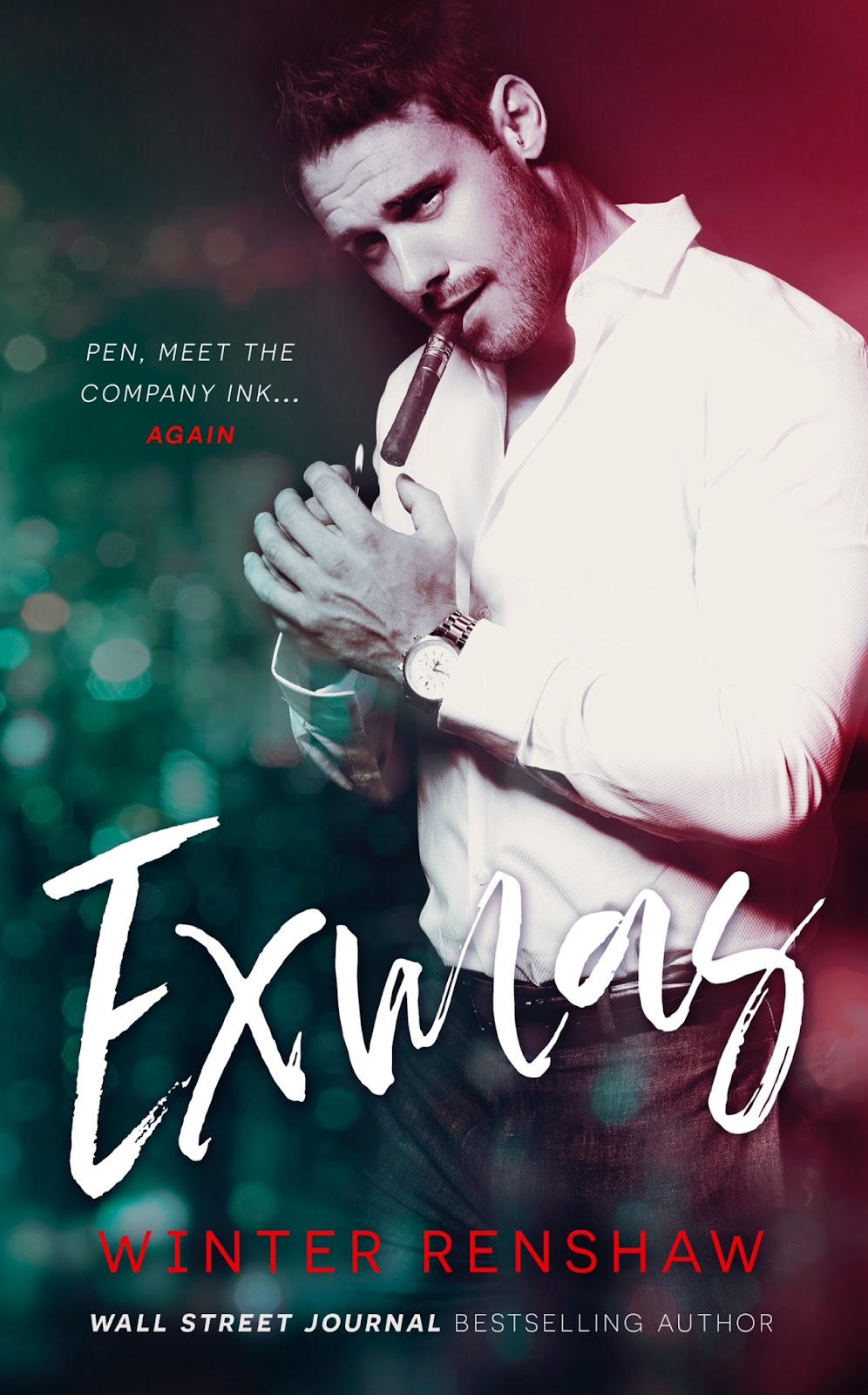 This Christmas, I’ll be getting a visit from a man in a suit, only it won’t be Santa.

Let me first say: Reed York was never my boyfriend. He was the pen. I was the company ink. Though if you want to get technical, we were more like colleagues-who-hated-each-other … with benefits.

Everything was fine until the charming jerk went behind my back, stole my promotion, and became my boss—literally overnight.

Refusing to work beneath him (professionally speaking and otherwise), I transferred 2,014 miles away to our Chicago division, and I’ve spent the past year trying to remember how much I hated his panty-melting smirk so I can forget how much I secretly loved the way his ocean eyes lit every time I walked into the room.

But he’s just announced a last-minute site visit the week between Christmas and New Year’s Day, and on top of that, he’s audaciously designated me as his ‘right hand gal’ during his visit. If he thinks he has a snowball’s chance in this hell at getting back in my good graces, he’s got another thing coming.

Reed York might be a man used to getting everything he’s ever wanted, but Joa Jolivet is a woman that never forgets.

He can put me on his Christmas list all he wants, but everyone knows naughty boys only get coal.

Exmas is pretty standard fare as far as second-chance romances go, but it has a cute Christmas setting and a sassy, likable heroine who kept the story interesting.

Reed and Joa’s backstory is told over flashbacks, which gave more insight to what’s made him the guy he currently is. The prior relationship between them didn’t seem like a real relationship though…. but there was enough of a history there to get the second-chance hook, I suppose. While this story had some entertaining twists and turns, I just didn’t fall in love with the characters and struggled to connect with them for most of the story.

Overall, Exmas is a quick and entertaining read, perfect for the holidays! I received an advanced copy and voluntarily left a review.

Reed has always been two steps ahead of me, though in this case, as we make our way from the L station to my car in the parking lot, he’s two steps behind.
We said nothing to each other on the walk to the train, the only sound between us was the rolling of his suitcase wheels against a pitted concrete sidewalk.
Once we got on board, he sat three rows away and on the opposite side—in front of me, even. So I wouldn’t have to worry about feeling the burden of his stare on the back of my head for thirty straight minutes.
For most of the day, he left me alone. Tending to his audits and only coming out twice that I noticed.
I don’t know what he’s planning, only that he’s definitely planning something. He’s strategic like that. Everything he does is for a reason.
We climb into my car—the same Honda Accord I had in LA, though he always drove us in his Range Rover because growing up in that area, he always knew the best ways to get everywhere, always understood how the time of day correlated with the flow of the traffic.
I start the engine and the radio blares with Rudolph the Red-nosed Reindeer, making me jump in my seat.
Reed laughs.
I crank the volume down and adjust the heat settings.
Heading down Forthwait Street a few minutes later, I can’t help but wonder what he’s going to think of my parents’ home. It’s a 1970s split-level that hasn’t been updated since they remodeled it in the late nineties. Everything is hunter green and burgundy and oak. It’s going to be a far cry from the Malibu manse he grew up in.
At least, I assume he grew up in a Malibu mansion.
He’s from Malibu, and he’s hinted at his privileged upbringing in the past.
Anyway, it isn’t that I care what he’s going to think. It’s not like I’m trying to impress him. I’m just wondering if he’s ever set foot in a house the size of his closet that hasn’t aged in almost thirty years.
I almost find it funny, actually.
Every time we’d travel, he’d pick these upscale houses, modern places with pools and art installations and private driveways and landscaping that rivaled paradise.
This couldn’t be further from his usual fare.
We round the corner and I pull into my parents’ snow-packed driveway, parking beneath the basketball hoop where I beat my brother, Logan, in five straight games of H-O-R-S-E last summer.
It almost feels sacrilegious to have Reed here.
“I’ll walk you in,” I say, killing the engine.
He climbs out, retrieving his bag from my trunk, and I head toward the garage, typing in my parents’ anniversary into the keypad.
The smell of engine oil and frigid garage air hits my lungs and I lead him to the door in case he gets lost in this behemoth.
A moment later, we step inside, wrapped in a hug of indoor warmth.
“Mom? Dad?” I yell.
I know they’re home. Both of their cars are here.
“Reed is here,” I yell again before climbing the stairs to the next level.
I still can’t believe my mom insisted on hosting him this week. Wait. Actually, I can believe it. She doesn’t just love to host and entertain, she lives for it. And I’m sure she took one look at Reed, sized him up as a successful, attractive man approximately my age, and thought she could do a little nonchalant match-making.
Reed might be two steps ahead of me, but I’m two steps ahead of my mother.
Making our way through the living room, we pass into the kitchen. The scent of warm, soapy dishwater—a smell I’ve always associated with home—fills my lungs.
Growing up, my father was a high school math teacher and my mother ran an in-home daycare. Our house always smelled like dish soap, laundry, apple sauce, and Cheerios. I swear the walls of this place practically radiate love and warmth and togetherness.
I can’t believe I ever thought I’d be happier in LA than here.
“Mom?” I call for her again.
“Coming!” A second later, she appears from the hallway. “Sorry. Was just putting away some fresh towels in Reed’s bathroom. You’ll be staying in Joa’s old room. She’s got a full-sized bed and it’s a pillow top, so you should be very comfortable.”
“I have no doubt. Thanks again for hosting me,” Reed says.
Kiss ass.
“Oh, sweetheart, it’s our pleasure,” my mother says. “And you know, Tom is just dying to meet you. He’s a numbers guy. I assume you are too if you’re a CFO. I’m sure you two could talk shop tonight over dinner. I’m making goulash. I hope that’s okay?”
Goulash.
I swear my mom makes that every twelve days like clockwork, and she has for as long as I can remember.
Chuckling to myself, I secretly love the fact that he could be eating the finest Chilean sea bass at some Michelin-star restaurant in Chicago tonight, but he’s going to be having ghoulash with Tom and Bevin Jolivet instead.
While the two of them are distracted, I sneak out through the front door, climb back into my car, and head to my place.
None of this feels real, and the hazy cast of snow flurries against a dark gray sky only adds to the surrealness.
This is not at all how I pictured any of this going.